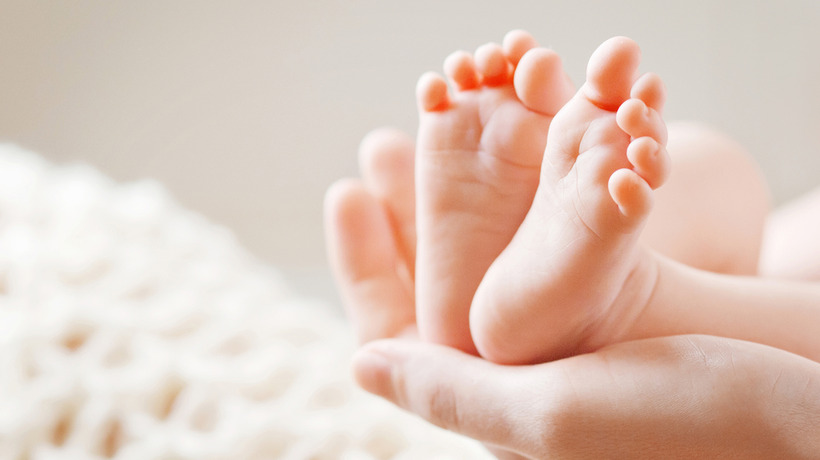 Some siblings are so close, they’re practically attached at the hip. But for Charity Lincoln Gutierrez-Vazquez and her twin sister Kathleen, this reality is all too real. In 2000, the sisters made national headlines when they were born with bodies physically attached from their breastbone to their pelvis, sharing a third fused leg and several internal organs between them. It took a team of nearly 30 doctors, nurses and support staff and 31-hour surgery to safely separate the two babies and put them back together.

Today, Charity can now proudly say that she is the mother to a child of her own, after she gave birth to her own daughter at the same Seattle hospital where she and her sister underwent surgery 21 years earlier.

“It feels like full circle, since my mom had us here and everything,” Gutierrez-Vazquez told Erin McLaughlin on the Today Show.

At the time that Charity and Kathleen were born, Dateline followed the babies on their arduous journey, all the way through their intense surgery.

“This [surgery] is probably about as complex and as difficult as anything we do or have done,” Dr. John Waldhausen said on the show at the time. The Seattle-based pediatric surgeon is widely-known for his separating several sets of conjoined twins.

In the years since Waldhausen successfully operated on Charity and Kathleen, the surgeon has stayed relatively close with the conjoined twins. When Charity first learned of her pregnancy, she immediately got in touch with the doctor.

“He’s been with me through a lot,” she said. “When you’re involved with an operation like that, you’re really hoping that you can create a whole lifetime for somebody, and then to see this happening, this really comes full circle, so this is a great day for all of us,” she told Today.

According to the University of Minnesota, conjoined twins occur once every 200,000 live births. About 70% of these cases are biologically-female. Scientists believe that this conjoined phenomenon occurs when a single fertilized egg fails to separate completely as it divides, thus resulting in twins that are physically connected to one another at some point on their bodies.

Because of her medical history, Waldhausen expressed that he was initially concerned about Charity’s being pregnant, as he was unsure if her body was physically capable to carry a child.

“I didn’t know if her abdominal wall reconstruction was going to allow her abdomen to expand in such a way that a baby could grow,” he explained.

But after consulting with other doctors and paying close attention to Charity throughout her pregnancy, she successfully gave birth to her 34-week old daughter via C-section over the weekend.

“I wouldn’t call it a miracle,” Waldhausen said. “I would call it a medical triumph.”

Although the newborn was initially taken to the NICU for supplemental oxygen, the doctors have reported that both Charity and her daughter are both in stable and good condition.

“Charity’s case really is the full obstetrical circle,” Dr. Edith Cheng, who oversaw Charity’s pregnancy, told Today. “This howling girl this morning, at almost 34 weeks, that is a true triumph, to get this baby to almost term. This baby’s healthy.”