Dad Dies at 35 After Bee Sting Leads to Brain Injury 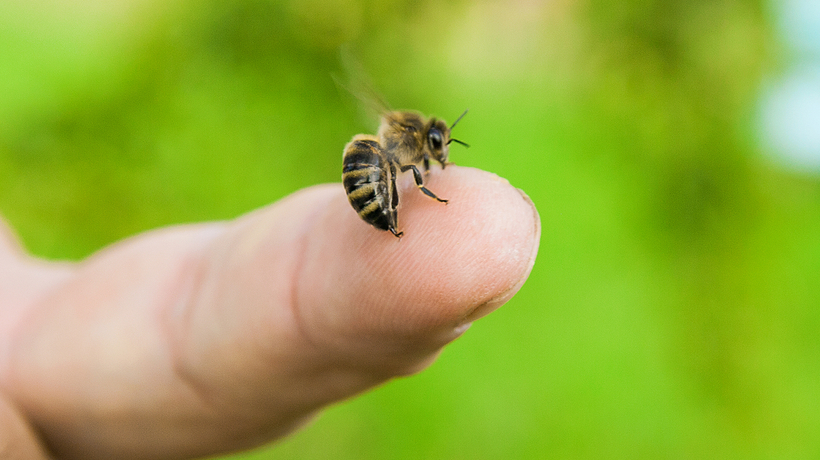 After having a rare reaction to a bee sting last year, Pennsylvania police officer and father Ryan Allen, 35, has died.

Ryan suffered the sting in October 2021, which led to a brain injury and coma. Since then, his wife, Whitney Allen, has been updating supporters about his “horrific journey” on a GoFundMe page.

“I will miss you until the end of my days, my sweet boy,” Whitney wrote on Facebook. “Thank you for the most magical and happiest 10 years of my life. Thank you for our two beautiful boys,” she added. “I will raise them to be men that you would be proud of. Please watch over us and send us signs that you’re here with us. Until we meet again boo. I love you.”

Ryan joined the Hatboro force in 2013 and was a member of the Montgomery County Drug Task Force. He was also a canine handler who helped found the department’s canine unit.

“Officer Allen was well known and loved in our community and was often seen in town with his canine partner, Louie,” Gardner wrote in the post. “Officer Allen will be deeply missed by not only his family, but by his brothers and sisters in law enforcement and our community.”

After suffering the sting last year, doctors initially believed Ryan would make a full recovery, according to the GoFundMe page. It wasn’t until last month that the Allen family was told that Ryan would never recover.

“We have learned that Ryan’s anoxic brain injury is even more devastating and extensive than we even first knew or could understand,” Whitney wrote in a March 8th update. “Now that it has been several months since his cardiac arrest, the swelling in his brain has subsided and a recent MRI revealed shrinking of his brain and that crucial portions of his brain are no longer there. Ultimately, we have been told by his medical team there is no chance that he will recover in any meaningful way.”

She continued: “Due to this more definitive picture of his prognosis, we have made the extremely painful decision as a family to have Ryan discharged from rehabilitation on hospice care to spend his remaining days surrounded by loved ones and friends in a peaceful setting close to our home. As you can imagine, this decision is heart breaking as we had so much hope that Ryan could recover. I know many of you have also shared that hope with us over the last months as well.”

Whitney explains that she and her family “know from the bottom of their hearts” that it is the decision Ryan would have wanted.

“We want to do what is best for Ryan and that is to give him his freedom and peace after so much trauma and pain,” she says.

As of Monday afternoon, the GoFundMe campaign has raised over $142,000 to cover Ryan’s medical expenses.