"Desperate Measures": An Off-Broadway Show That Should Be on Broadway 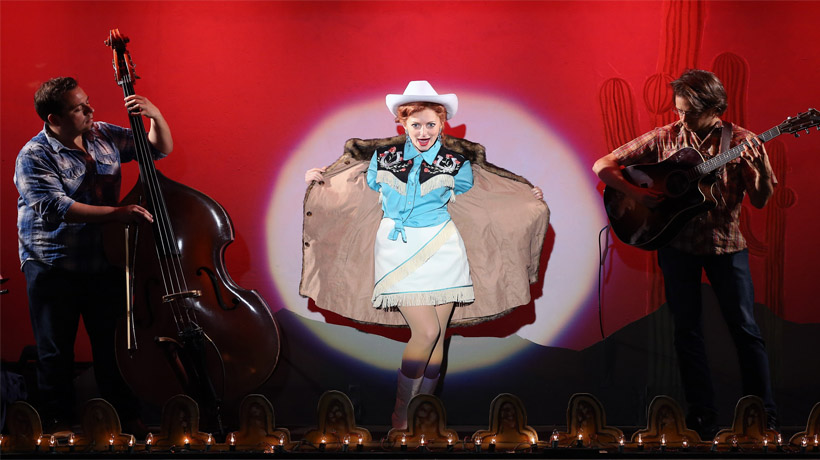 A musical with a wonderful cast, “Desperate Measures” is a fabulous off-Broadway show which should be on Broadway. Book and lyrics by Peter Kellogg and music by David Friedman.

Based in 1890 in a lawless territory out west, Johnny Blood, a hot-tempered young cowboy, finds himself sentenced to hang for killing a man in a bar fight. His sister, a novice nun in a nearby mission, is persuaded to plead with a corrupt governor to spare her brother’s life. The governor promises to pardon Johnny if his sister, the Sister, will ‘do his bidding’ for the night. Adding to the hilarious complications are a hard-bitten sheriff, a voluptuous saloon girl and a priest who reads Nietzsche.

Want to have a fun night out? Go and see the show – you won’t regret it. “Desperate Measures” is currently playing at The York Theatre Company’s Theater at Saint Peter’s at 619 Lexington Avenue in New York City.