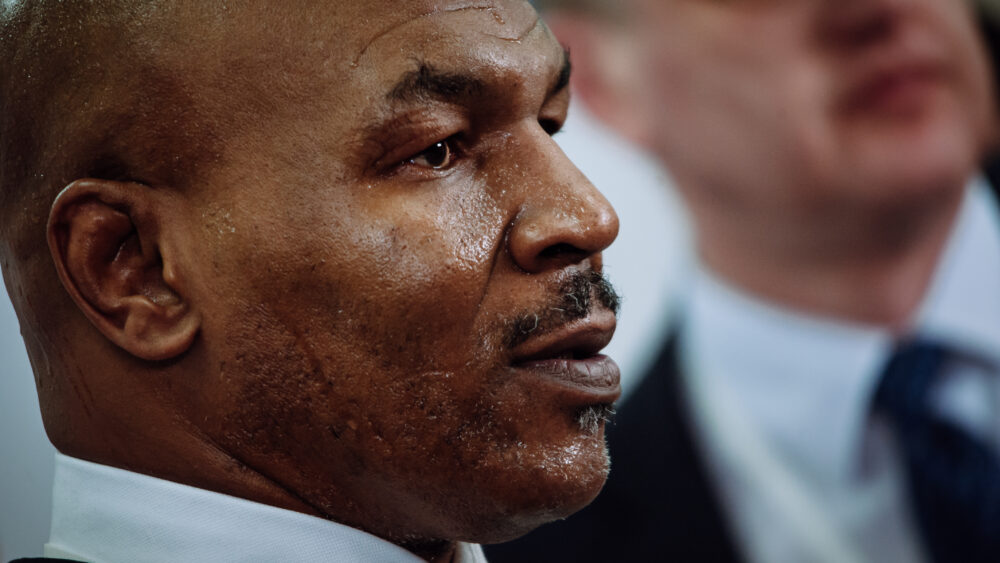 On Wednesday night, a flight from San Francisco International Airport to Florida was disturbed by former boxing champion Mike Tyson after he assaulted a passenger.

A video of the altercation was first shared on TMZ.

The footage shows Tyson leaning over his seat as he repeatedly punches the unidentified man’s head.

The beating only lasted for a few seconds as another passenger tried to push Tyson off of the man.

Representatives for Tyson told NPR that “unfortunately, Mr. Tyson had an incident on a flight with an aggressive passenger who began harassing him and threw a water bottle at him while he was in his seat.”

According to TMZ, before the altercation, the man asked Tyson to take a picture with him at the beginning of the flight, and Tyson had agreed. The boxer was reported to be “initially cool” with his fellow passengers.

The man got “overly excited,” as he continued to bother Tyson during the flight despite Tyson’s requests to “chill.”

When the man didn’t stop bothering Tyson, he started to throw several punches at the man’s face.

The video shows that the blows caused the passenger’s forehead to become bloodied. Witnesses say that Tyson walked off the plane seconds later.

Reports say that the man received medical attention and then went to the police to report the incident.

Both NPR and TMZ have reached out to JetBlue, the airplane company, for comment but have not received a response.