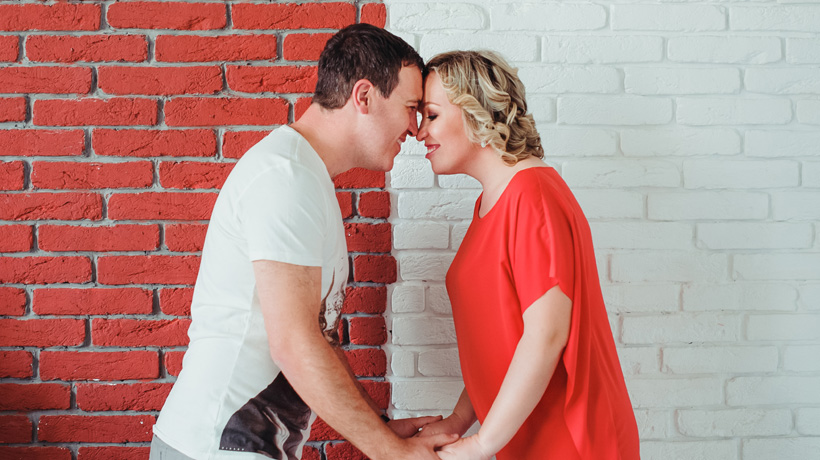 Jeopardy Host: It’s Final Jeopardy! Ok, here’s your clue: You are Dasani Water, and he is Poland Springs. You are Victoria’s Secret. He’s PINK! You are a Leo, he is a Cancer.

Host: Ding ding ding!! You’re prize is a shiny new boyfriend who is nothing like you! Your opposite! Congratulations!!

You: Wait just a second..

Host: That’s all for now folks! See you next time!

According to Paula Abdul, opposites attract. But does “taking things serious” and him “taking ‘em light,” or you “going to bed early,” him “partying all night” really give you the hots for each other? Let’s find out what science has to say about that.

Similarity and satisfaction
A review published online by Haverford College in Pennsylvania says the similarity-attraction theory may influence relationships. As you might guess, this theory suggests that people are more attracted to each other by how similar they are.

There is some research that suggests the similarity-attraction theory might have some bearing on relationships. This was true, for instance, in a study published in the Journal of Social and Personal Relationships. In it, researchers examined friendships and their similarities by asking participants to rate their satisfaction with these bonds on what they called a “Relationship Assessment Scale.” This scale uses seven variables (trustworthiness, consideration, supportiveness,etc), each of which is rated on a five-point scale to assess each partner’s overall satisfaction with the other in their relationship.

They found that the more an individual was satisfied with the relationship, the higher they perceived their similarities. Thus, the likelihood of attraction is not higher if the two people are “opposites.”

The researchers did note, however, that the participants could have been projecting themselves onto their friends, which might have influenced the degree of their perception of similarity.

Conflicting views
While a relationship in which major differences exist some people, ultimately, if there isn’t enough common ground, the relationship may lose its footing. Clifford N. Lazarus, PhD, is a psychologist and founder of the Lazarus Institute for mental health services. In an article he wrote for Psychology Today, he suggests that fundamental differences may lead to arguments in the relationship.

Lazarus says couples who have dramatically different outlooks on life are more likely to fight, which could lead to an increased risk of breaking up. A review of divorce statistics in the US from Utah State University cites arguments about money and child-raising as some of the most common reasons for divorce. And basic disagreements about common interests, sex life, a goals in life can lead to rough waters for couples.

Generally speaking, you are both more likely to be attracted to someone and to stay in a relationship with someone whom you are similar to. Although you might initially be drawn to the mysterious allure of a Poland Springs supporter when you drink Dasani, your chances (statistically speaking) are best with a fellow Dasani-er.