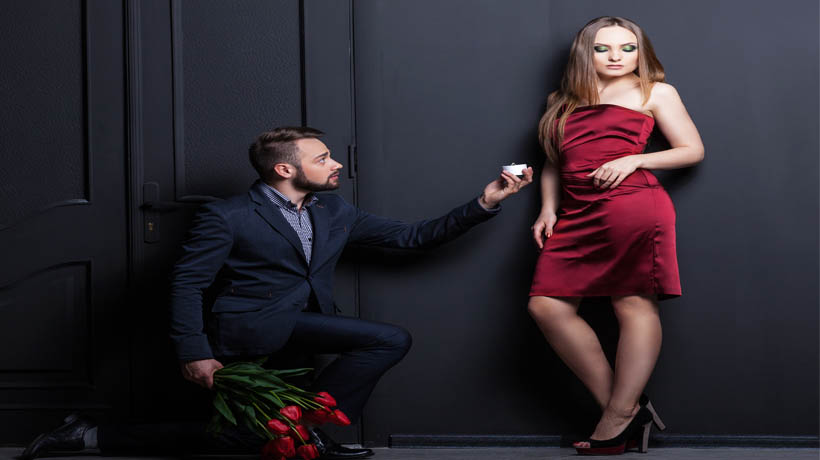 When a relationship gets into marriage-potential territory, it can be hard to distance yourself if and when you realize you’re being subtly taken advantage of. If your guy does any of these five things, he’s selfish, and you should avoid saying “I do.”

He gives gifts that create work for you
While it’s true that it’s usually the thought that counts, if your guy continuously gives you gifts that end up being more beneficial for him, (like the new crock pot he got you so you can make his favorite meal), he’s more of a taker than a giver. You don’t want to marry him and spend every holiday unwrapping a new vacuum or blender to make his life easier.

He follows your lead – constantly
It might seem like a bonus if your partner always lets you make the decisions in the relationship and gives in to what you want. But if you find that it’s constant and he never seems to take initiative with the planning, he’s actually taking advantage of you. You don’t want to marry a guy who can’t make his own choices – it doesn’t bode well for your future.

He’s overly enthusiastic about joint checking
While a marriage is about two people joining together in love, it’s also about merging your lives into one, and that may include your money. It can seem giving when your partner suggests a joint checking account – what’s his is yours!  But if he’s too excited about the thought of a second income or seems to be taking more than his fair share of the money, he might be more of a taker than you thought.

His social events only benefit him
It’s OK if your man doesn’t have a jam-packed social schedule, but if you notice that he tends to only bring you out when it’s favorable for him – like to a wedding where he has a plus one or business functions that require an escort – it may feel like he’s just taking you out as arm candy. You’re worth more than a lifetime as an accessory.

He listens to you, but then takes over
When a guy can really listen to what you’re saying during a conversation, it may feel like he cares enough to hear what you have to say. But take note of how often his listening turns into talking about himself. If he’s only paying attention so he can find a plug to talk about himself, he’s a taker in disguise. If you don’t want a future filled with dinner conversations that revolve around him, don’t marry him.