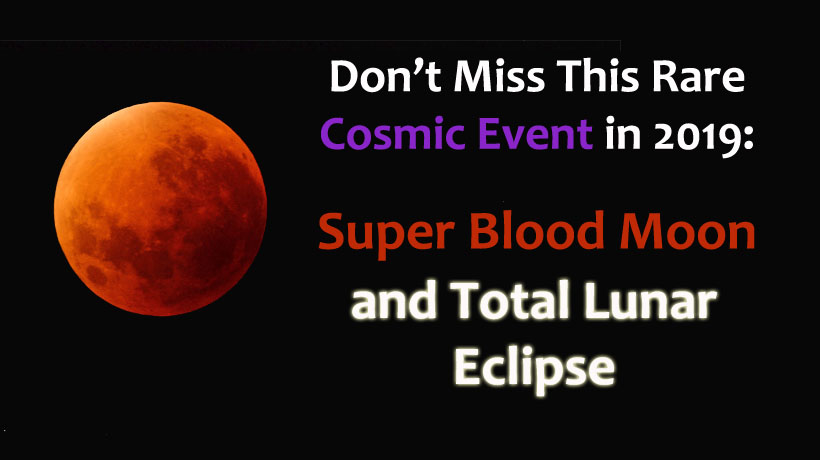 Stargazers and astronomy lovers rejoice! In January 2019, the moon will become a super blood moon and undergo a total lunar eclipse at the same time. This is a rare opportunity that shouldn’t be missed, because it won’t happen again for another two more years. Here’s everything you need to know about the eclipse.

What to expect
According to Hannah Osborne of Newsweek, a super moon is “a phenomenon where a full moon coincides with its closest approach to Earth.” This means the moon will look larger than normal.

The moon will enter its penumbra form first, where it slowly starts to disappear. This is because as the moon gets closer to the earth, it gets less and less light from the sun’s rays, and light rays start to scatter. Red light wavelengths aren’t affected, however, which is why the moon becomes a red color – hence its title as a “blood moon.” After a while, the moon will enter its umbra phase, where it’ll look like a shadow. This phase lasts the longest. Then, once the moon leaves the earth’s umbra, it will reappear again.

Where it’s happening
It will happen in the western hemisphere in the sky above North and South America. According to Hanneke Weitering of Space.com, “The Jan. 21, 2019 eclipse will be visible from all of North and South America, weather permitting…observers in some parts of Europe, Africa and Asia will also be able to see at least some portion of this eclipse.”

The best way to see it
If you live in an urban area, you might wonder if you’ll be able to see the lunar eclipse properly. Fear not, for the eclipse will be visible to the naked eye, provided the weather is clear. If you want to get the most out of it, however, then use binoculars. You’ll see up close when the moon starts to disappear and turn red and you’ll catch each phase that happens.