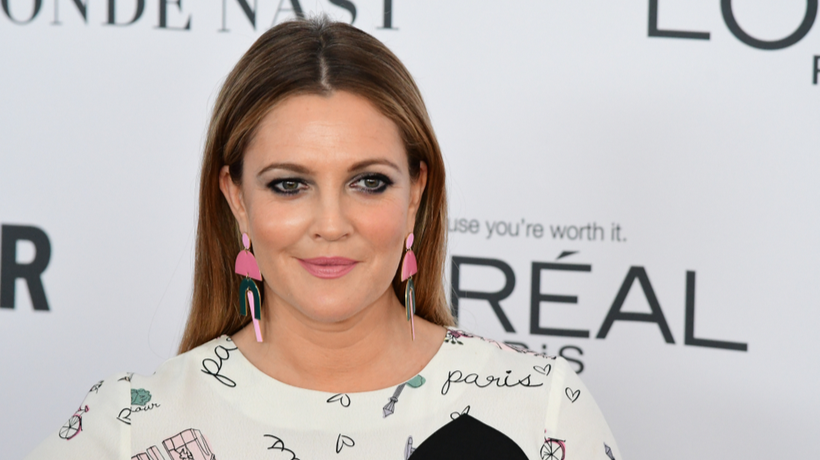 Drew Barrymore is best known for acting alongside famed comedian Adam Sandler in romantic comedies. However, she first became recognized at seven when she played Gertie on E.T The Extra-Terrestrial. Though her on-screen life may seem incredible, her upbringing was quite the opposite.

Drew Barrymore was born to John Drew Barrymore and Ildiko Jaid Mako Barrymore. Drew’s mother had worked as her manager, getting her parts on television and movies alike. Her father left her when she was only six months old. While Jaid, her mother, acted here and there, she used her daughter’s ever-growing fame to take the young actress to Studio 54.

As a result, Drew was only nine years old when she found herself surrounded by smoking, partying, drinking, and drugs. Her father, John, continued to have substance abuse problems while he continued acting in such films as Rawhide, Gunsmoke, and The Wild West.

In an interview with The Sun earlier this year, Drew described herself as a party girl in her younger days. The actress explained further that she would go out drinking five times a week, and by the age of 12, she had moved from alcohol to marijuana and cocaine.

Reflecting on her life back then, Drew said, “I don’t know how I ended up here, but I will never lose sight of how lucky I am.”

Her mother institutionalized her after just a short while after, where Drew would then be treated for alcohol and drug addiction.

As a young actress going through alcohol and drug addiction, the minute the media found out, she was written off as damaged goods, Drew said in an October 2020 interview with The Sun.

Drew, now 45-years-old, reflects on what happened during that time. “Being blacklisted at 12, I appreciate every job I have,” she said.

While she understood the reason behind being blacklisted, she felt deep pain. When she was 14, she would try to commit suicide.

She went into rehab and knew that she did not want to continue living the way she lived. She wanted a new life, and as such, she made the legal decision to divorce her mother at the age of 15.

She moved away and got her apartment in West Hollywood, waitressing at a coffee shop. She eventually returned to acting when she got the role in Poison Ivy and Bad Girls nearly two years later.

Although she has since recovered from her addiction and started her own successful production company, Drew told The Sun that her most outstanding achievement is being a mother to her two daughters, Olive, seven, and Frankie, six.

“When you have your kids, it’s different. You get asked to be the best version of yourself, and that was something I didn’t take lightly,” she revealed in the exclusive interview. “I struggle, I fail, and one of the most important things I want to teach my kids — and myself as I grow with them — is that change is so important, change in the world and change in yourself.”