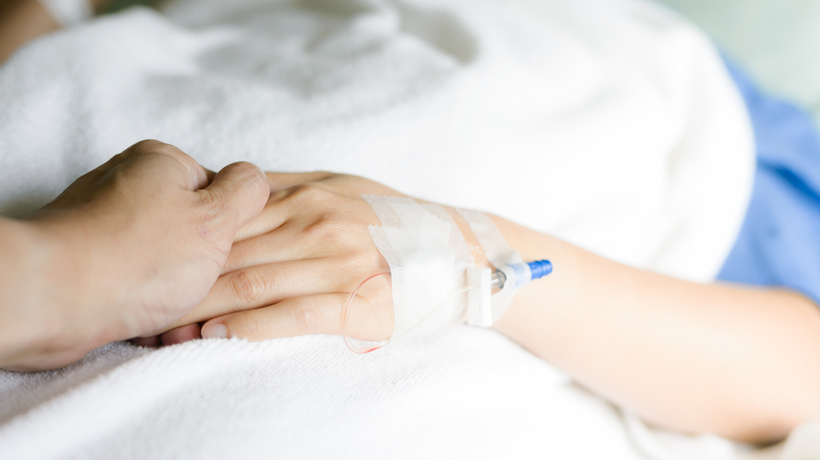 An engaged Michigan couple is living life to the fullest after being diagnosed with cancer within eight days of each other.

Clay Slenk, 24, and Marian Nelesen, 23, got engaged on December 26th, 2020. They planned to have a June wedding, but after sending out save the dates invitations, they received some jarring news.

“I got a phone call January 11th of this year that I had ovarian cancer. That’s not a call that anyone expects to receive,” Nelson said.

Nelesen was diagnosed with adult granulosa cell tumor ovarian cancer, “low-grade cancer that requires treatment including both surgery and chemotherapy.”

Slenk received a similar call about a week later. “All of a sudden, I got a phone call at like 8 o’clock, and my doctor was like, ‘I want you to go to Spectrum right now. I think you have leukemia.’”

Slenk was diagnosed with acute myeloid leukemia and “required immediate treatment and is being followed by a long hospital stay.”

“Now, we’re into it deep,” Slenk told PEOPLE. “And it’s not just one person, it’s both of us.” He continued, “why be angry? If I’m angry and frustrated and down and negative, all it’s going to do is make this day that much worse.”

The couple is now getting married on April 9th.

Nelesen opened up the change in wedding plans and said their diagnoses helped them focus on what’s important.

A GoFundMe for the couple has now raised over $37,000, $13,000 over their goal of $25,000, in an effort to cover medical bills, home payments, the income they’ve lost, and gifts for their wedding and honeymoon.

“‘In sickness and in health…’ These are familiar words for many couples as they often are spoken on a person’s wedding day,” the page reads.

“However, no one knows these words better than Clay and Mariah. Their steps toward their wedding day and the changes they’ve needed to make represent a very real commitment to each other and trust in the Lord.”