Why Even "Good" People Cheat (the Real Truth) 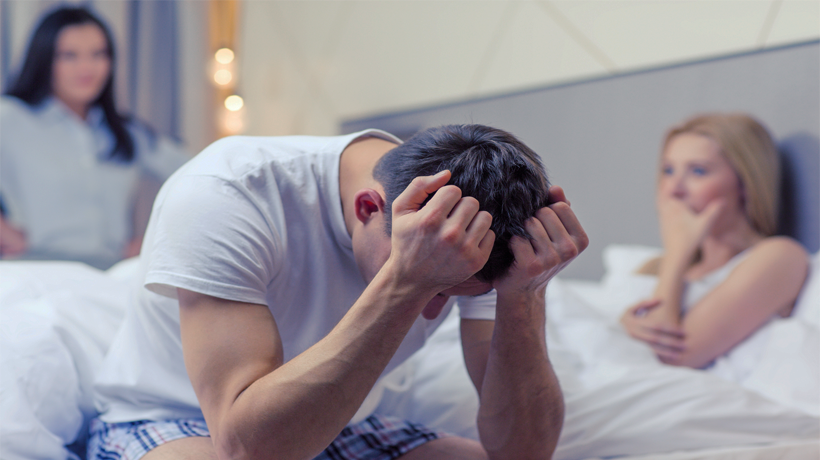 Cheating. Stepping out. Infidelity. Being unfaithful. There are a lot of ways to say someone has gone outside of their relationship for sex or romantic satisfaction. Cheating is more complicated than lust and impulse control because people have internal struggles and don’t always know how to be honest with themselves or others. This is why it is conceivable, even possible, for someone to cheat and still be a good person.

That being said, these are no excuses for bad behavior, and cheating is a bad thing with a lot of collateral damage. So why does it happen?

Genetics
At least for men, there is an evolutionary mandate to have many partners to increase the chance of successful reproduction. It’s written in the genetics of most animals (including humans) that require contact to reproduce.
So what does genetics tell us?
Many studies have been done to get to the bottom of this and some have pointed to certain gene variations that may make people more likely to ‘crave novelty’ and ‘ignore risks’ that most would not. This does NOT mean that you get to claim genetics as the reason you were unfaithful nor should you use it as an excuse to step out on your partner, but genetics does play a role.

Insecurity
When a person feels too old, too fat or any of the other things people feel that make them insecure, there is a psychological drive to mend the ego. Everyone wants to feel wanted. This can drive someone to seek validation outside of their relationship. It’s not kind, or healthy or smart, but the drive to feel desirable is very strong in men and women.

Childhood trauma
When we’re children, we don’t know how to process terrible things that happen to us or around us. Even the best parents may not be able to prevent trauma from occurring. It is likely those childhood traumas that will turn into adult issues of intimacy, and those issues — if not dealt with professionally —could be acted upon in unhealthy ways.

Failed communication
If you feel something is missing, you may also feel it would be hurtful to talk about it with your partner. Maybe your relationship began, like most do, with lots of passion and affection, but evolved into something you didn’t expect. Maybe your life path has taken you somewhere you didn’t want to be. You could either have the hard conversations with your mate about what could be done, or your relationship could deteriorate so much that you seek affection elsewhere. Don’t let it get to that point. It’s better to have the hard talk now than to watch a good relationship disintegrate slowly.

There is much more to be said about what leads to extramarital affairs, and how the chemistry for such behavior exists, in one degree or another, in everyone. Cheating doesn’t have to mean you’ve become a bad person, but it does mean there is something wrong somewhere and it needs to be addressed and corrected.