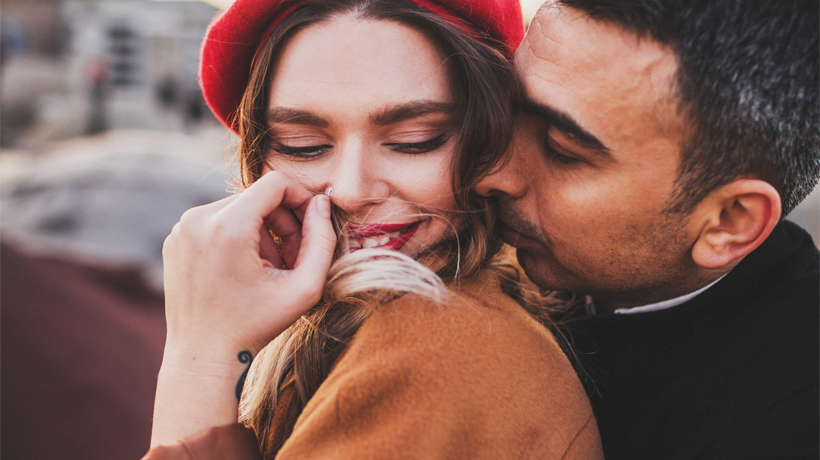 When you’ve been through a series of heartbreaks and emotional roller coasters from men who have let you down in the past, it’s easy to dismiss all the other guys who attempt to walk into your life. We know how tempting it can be to have a ‘guys are all the same’ mentality after a few hurtful instances. But when a promising guy comes along and shows you that things could actually be different this time, he might be worth letting your guard down. Here’s how you’ll know that he’s not like the rest of them…

He goes beneath surface level to get to know you
Rather than the guys you’ve dated in the past who were only out for themselves, you know this guy has good intentions in the way that he digs deep to learn more about you. He doesn’t just ask how you are each day. He asks about what excites you, what drives you crazy, what keeps you up at night, and is intrigued in hearing what you have to say.

He takes interest in meeting your family and bringing you to meet his
You’re apprehensive about bringing him to meet your family because of how the last relationship turned out when you did. But he’s all for it. He knows how important family is to you and he is eager to meet them to get a deeper glimpse into your personal life.

His future plans include you
You often joke around with him about what you’ll name your kids and where you’ll want to live when you settle down. You realize he speaks a lot in the “we” pronoun—”We would make beautiful babies,” “We should look into living in (insert town here)” rather than, “I want to move there” or “I can see myself having kids.” It’s a good sign.

He sees your arguments together as lessons
You bring up certain things in the relationship that are uncomfortable to you. Rather than criticizing you or clapping back about his own needs, he takes your concerns seriously and uses them as a way for him to pick up slack. Sure, there will be times where he will need to get his point across, and he will, but he’ll never let you go to sleep upset. Each quarrel you have together ends with a resolution or a takeaway.

He tells you that he loves/cares about you each day … and shows it
Anyone can tell you that they love you when the sun is shining. But he tells you and proves it, no matter the circumstances. His acts of service let you know that he’s willing to provide for you, even when you’re feeling weak and unmotivated.

He’s seen you at your worst and still finds you irresistible
He has seen you in your darkest days, your fussiest moods, your laziest times and your terrible habits. Even when you’re feeling like an unattractive mess, he thinks you’re beautiful and loves all of your broken parts … unlike the ones who hurt you.