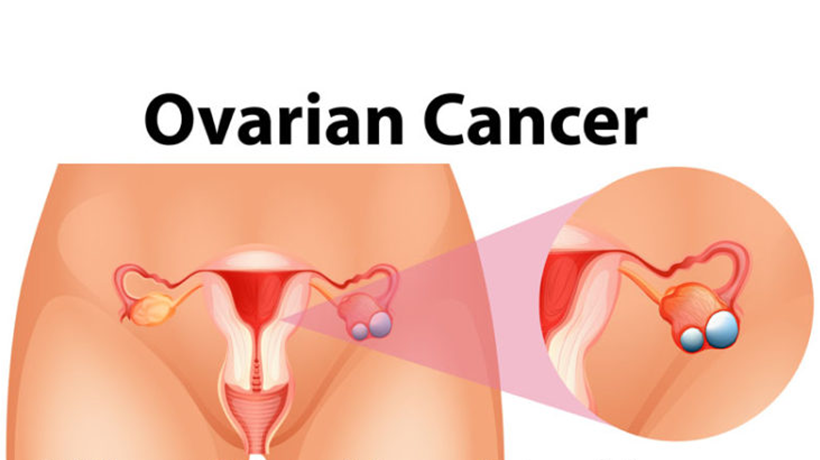 Ovarian cancer is often called the “silent killer.” The symptoms can be confused with other benign health conditions and there is no early detection test. According to UC San Diego Health, only about 20 percent of ovarian cancers are caught in an early stage.

1 in 75 women will be diagnosed with ovarian cancer, according to the National Ovarian Cancer Coalition (NOCC). For women ages 35-74, it’s the fifth leading cause of cancer-related deaths. Even if catching it early is difficult, the best weapon we have against this silent killer is awareness. This is everything you need to know.

What is ovarian cancer?
Ovarian cancer is a group of diseases that originates in the ovaries, or in the related areas of the fallopian tubes and the peritoneum, according to the Centers for Disease Control and Prevention (CDC). Women have two almond-shaped ovaries that are located in the pelvis, one on each side of the uterus. The ovaries make female hormones and produce eggs. When abnormal cells in those ovaries grow out of control, ovarian cancer develops.

Warning signs
There are a number of warning signs for ovarian cancer that can be mistaken for something less severe. These include bloating, abdominal pain, changes in appetite, increased urge to urinate, menstrual changes, and pain during sex, according to the American Cancer Society (ACS). Because these signs may be symptomatic of other health conditions, the ACS suggests seeing a doctor when they occur more than 12 times a month.

Potential risk factors
The ACS says researchers don’t know exactly what causes ovarian cancers or why there is a link with certain behaviors or uncontrollable circumstances. However, the ACS does say there is research suggesting some of these risk factors exist.

Fighting the risk
There may be a silver lining for safeguarding against the silent killer. According to the ACS, women who have been pregnant and carried their baby to term before age 26 have a lower risk of ovarian cancer than women who have not. The risk goes down with each full-term pregnancy. Breastfeeding may lower the risk even further.

For women who choose not to have families, birth control may also reduce the risk of ovarian cancer, according to the ACS. Women who have used birth control pills have a lower chance of developing the disease, and the risk is lower the longer the pills are used. This lower risk continues for many years after the pill is stopped. Having the fallopian tubes tied or the use of intrauterine devices (IUDs) may also help.

Catching and treating the disease
Paying attention to the warning signs is the best way to catch ovarian cancer early. The Pap test detects cervical cancer, not ovarian, and the NOCC says there is no reliable screening test.

However, there are other options a woman can discuss with her doctor. A pelvic exam may detect abnormal swelling. A patient could also take the CA-125 blood test, which determines if the CA-125 protein that is produced in ovarian cancer cells has increased. It’s not a perfect indicator, but it can be helpful in women who already have a high risk for ovarian cancer.

After diagnosis, treatment varies depending on the patient. The CDC says doctors may remove the cancer tissue in a surgical operation or try chemotherapy.