Baking Soda May Be Able to Help Relieve Arthritis Pain 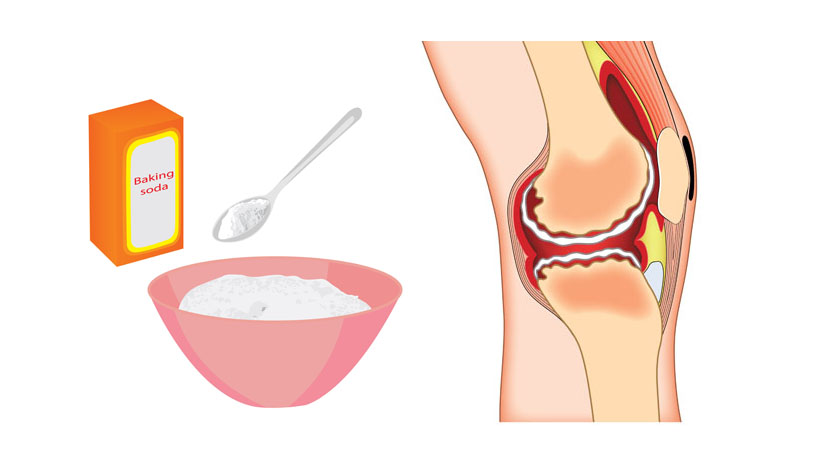 Baking soda is lauded for being a wonder of an ingredient for health problems. It whitens teeth, soothes upset stomachs, eases skin irritation, relieves heartburn, and much more. It can also relieve arthritis pain by easing inflammation. Here is how baking soda makes the changes in your body that reduce pain from arthritis.

It reduces the autoimmune response
When baking soda enters the body it travels through to the spleen, which is where blood is filtered for the immune system. This organ sends white bloods cells that attack bacteria when an infection or bacterial invasion happens.

Baking soda makes the spleen and immune system reduce the autoimmune response in the body. According to Healthline, “Baking soda — also known as sodium bicarbonate — basically tells the body to calm down its autoimmune response.” This means that baking soda stops the body from attacking itself, which is what happens when you have rheumatoid arthritis.

It boosts the anti-inflammatory response
Baking soda increases the body’s anti-inflammatory response after it reduces the autoimmune response, allowing the body to target wounded areas in the body and lower inflammation. According to a study published in the journal Clinical Medical Insights: Arthritis and Musculoskeletal Disorders about baking soda and osteoarthritis, “Sodium bicarbonate combined with calcium gluconate significantly reduce pain and improve physical function.” Therefore, the pain and inflammation you feel from arthritis will be lessened.

It sends signals to help fight bacteria
Macrophages are the cells in the body that fight off infection and bacteria in wounds and other bodily injuries. When you have arthritis, your body is in a constant state of attack and the spleen sends macrophages to the problem area to get rid of what the body considered a threat. Baking soda, however, gives macrophages the signal to stop attacking. According to Nutritionreview, “After drinking water with baking soda for two weeks, immune cells called macrophages shifted from a type that primarily promotes inflammation, called M1, to a type, called M2, that reduces it.”

This happens because of how baking soda turns off the autoimmune response in your body. When the macrophages aren’t activated, the immune system relaxes and focuses on healing instead.

According to Kara Bauer, Patient Expert of HealthCentral, “To buffer this acidity, the body has to rob existing minerals from the bones and tissue such as calcium, magnesium, sodium and potassium.” This is what causes inflammation in these areas of the body and makes them more susceptible to arthritis and attacks from the immune system. Baking soda changes the pH in your blood to a normal level, stopping your body from stealing nutrients from bones and tissue.