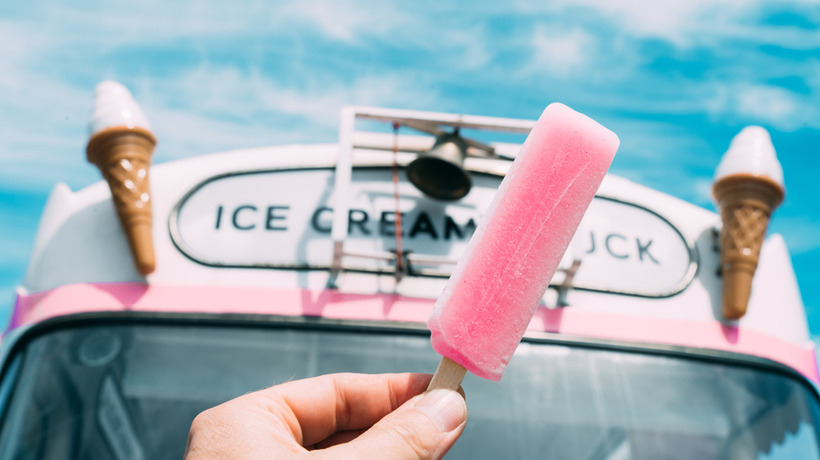 One Ohio father has found a way to use his love of ice cream as a way to not only give back to his community, but also to pave a career path for his children.

In January, Joel Waegner, father of 10, found an old, used ice cream truck. After fixing it up, the truck was up and running by April, and he quickly found himself at the helm of a new business venture. With the help of his two children, Josh and Mary Kate, Waegner was soon selling sweet treats all over the Cincinnati area. Since the spring, the family has sold over 10,000 treats.

“My wife had the the brilliant idea to name it Special Neat Treats, a play on words of special needs,” Wagener told Today.

Both Josh and Mary Kate were born with down syndrome. It didn’t take long for Waegner and his wife to realize that the ice cream truck offered more than an exciting new business opportunity, it also gave their children a job opportunity for when they finish school.

“At every stage, with special needs kids, you look towards the future and what’s their life going to be like in the next phase,” Wagener explained. “It also becomes more responsibility of us as parents to say ‘What can we do to give them worth and to allow them to add some value to society?’ That’s very important to us as the parents of Mary Kate and Josh.”

Waegner said that he and his kids spent the summer selling plenty of ice cream, and talked about one heartwarming experience when they visited a local school.

“There was a school here that was doing a special program for special needs kids, and they had contacted me and wanted me to bring treats to give out to the students there on an afternoon,” Wagener explained. “A little girl came up and she said ‘Thanks for coming today; you made my day.’ I didn’t cure her autism, I didn’t take care of the other issues in her life, but for one day for one moment, she had a great day.”

“I realized, when I left, this isn’t about selling ice cream,” Wagener said. “We do that, but it’s about giving hope, it’s about interacting with people and just sharing joy.”

Mary Kate and Josh told Today that they have a great time working on the truck, selling what they call “the best ice cream in America.” Mary Kate told the morning show that she looks forward to working “always” alongside “the best dad ever.”

“When teachers and people would ask her ‘What do you want to do when you get older?’ she wanted to work with Papa,” Wagener said.

“In my wildest dreams, I would have never sat around and said ‘An ice cream truck, that’s where I’m going to spend the rest of my life,'” Wagener continued.

But now working with his children on the truck has become “the greatest joy.”

“As a parent, you have desires,” Wagener said. “I don’t know that either one of them will ever be totally independent. But we hope to move them in that direction, and I hope they can keep helping me sell ice cream for a long time.”