Four Clear Situations That Signal Gender Bias and How To Respond 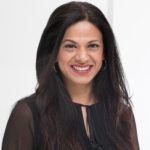 Most women have felt the sting of gender bias at some point in their lives–whether it’s putting up with assumptions people make about what a woman can or can’t do or something more overt such as sex-based discrimination or harassment.

According to a Pew Research study, 4 in 10 working women say they’ve experienced gender discrimination at work. In 2019 alone, there were more than 23,000 claims of sex-based discrimination. While that number has fallen since 2017, according to the US Equal Employment Opportunity Commission, it continues to remain a problem.

Whether gender bias is unconscious or overt, it’s important that we recognize it and take steps to adequately address it. Sally Krawchek co-founder of Ellevest and author of Own it: The Power of Women at Work, recommends that before you do anything, remind yourself to give the other person the benefit of the doubt. She suggests giving them an “MRI or most respectful interpretation,” instruct them in a non-confrontational way, crack a joke about it to ease the tension and if they continue to act in a poor way, go to your supervisor or HR.

So how do you tackle these everyday biases in a non-confrontational way? Here are four situations that women often encounter and ways to respond to them:

1. When men make an assumption about your role because you’re the only woman in the room

I’ve heard many times from women that men assume they’re there to take notes or fetch coffee. One of these smart, successful women (let’s call her Jane) shared a situation where she dealt with it firmly. Jane, who had to present to a group of male executives was asked by one of them prior to the meeting where the coffee machine was. She simply smiled, introduced herself and her role in the meeting and said, “Glad you asked because I was looking for it too. If you find it, I’ll have my coffee black with no sugar, please.”

2. When you have to listen to off-color or sexist jokes

Women can feel like they have to be polite and pretend to be amused by sexist jokes. Sally Eckelberg, director of PR at The Muse, suggests that if people are making sexist jokes, don’t laugh at the comments. Sometimes that can be enough to make your position clear. That may make them uncomfortable or make them take a moment to think about what they said. She adds, “You even just can ask them to verbally repeat what they just said, which will force that person to say the comment separately from the initial context, which might make them realize it’s inappropriate. You can also turn the tables by asking the person if he or she would’ve said the same thing to a male colleague.”

3. When your idea doesn’t count until your male colleague presents it

The authors of Breaking Through Bias suggest using humor as a technique when a woman presents an idea and is ignored, and later her male colleague presents the exact same idea and is greeted with acclaim.  They say there is a no-win dilemma: an aggressive or angry claim that the idea was yours is likely to provoke a testy confrontation, but remaining silent and allowing idea theft to pass without comment will diminish your status, encourage similar conduct in the future, and leave you feeling resentful and discouraged. In many contexts, you might say something like, “Joe, you made my point almost as well as I did originally. I certainly appreciate your paying such careful attention to what I had to say.”

4. When your commitment to your career is questioned if/when you have children

Many successful women have faced this question, “Are you coming back after your baby is born?” While the choice is up to the woman on the decision she makes, this question is insensitive and thoughtless. Take the initiative to show you have a plan to execute and how that ties with your organization’s business goals. Remember to be yourself! Be proud that you’re a devoted mom and know that doesn’t mean you put the pressure on yourself to working hours every day. Work with your manager and HR to figure out flexible work policies that many companies offer.