Up Front and Personal with Alanis Morissette 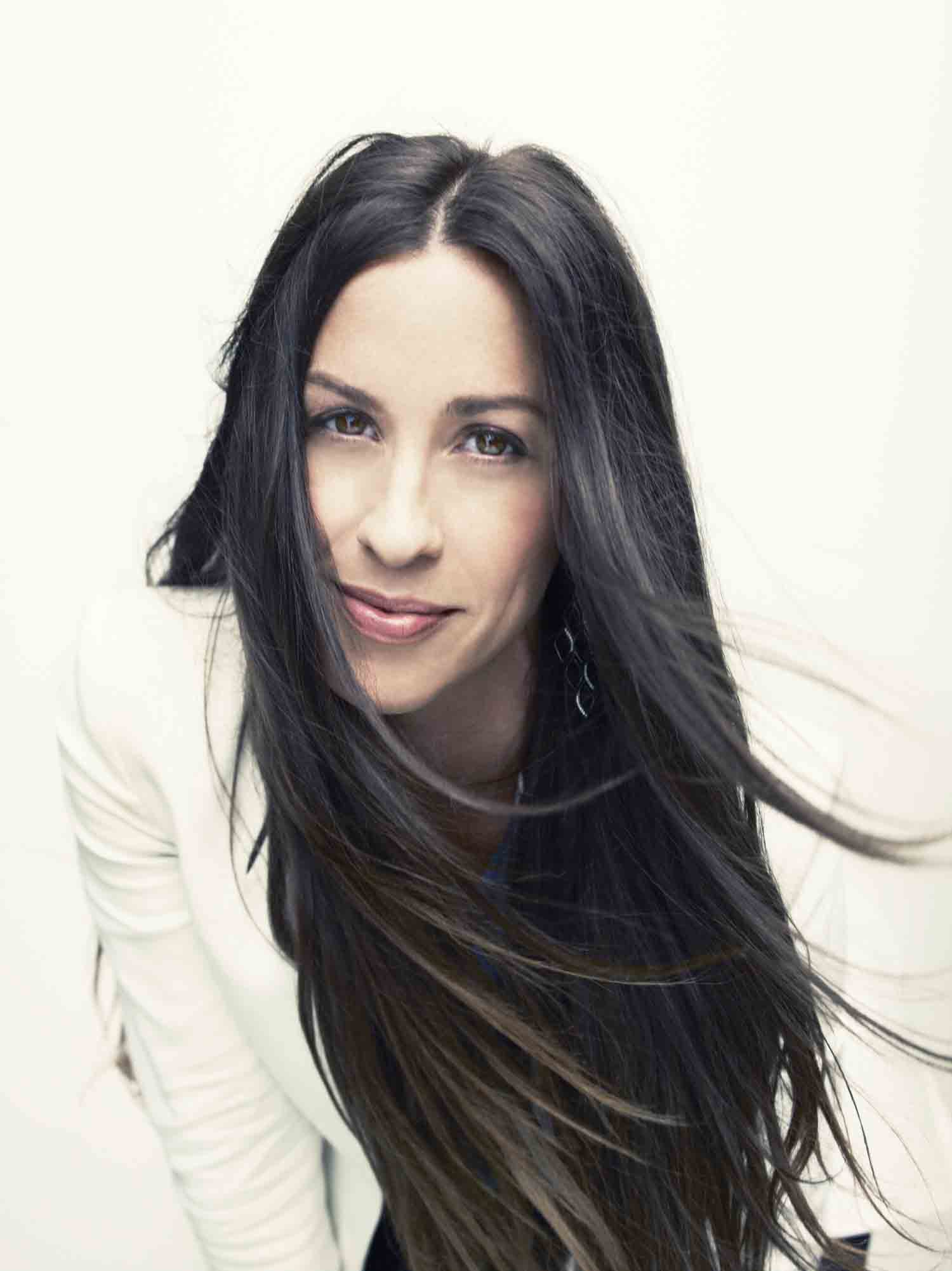 I was thrilled to interview Alanis recently. I was impressed by her knowledge of what’s needed in the world and the power we all have to bring it about.

Helene: Who early on saw something in you that you hadn’t seen in yourself?

Alanis: The irony of having two teachers as parents is that I didn’t really have any sense of my intelligence. I would watch people and process quietly. But it was only as I got older that people like my grandmother, and different authors–my mentors through the years–started mirroring my talents, intelligence, and capacity for empathy. All of these subtle aspects hadn’t been reflected.

Alanis: Well both of my grandmothers were very intense women. My paternal grandmother was highly sensitive and would pick up on every subtlety. I used to see magazines with my face on them hidden underneath books in her room. She was quiet and powerful. She passed away when I was on tour for Jagged Little Pill. And then my mom’s mom, who passed away a few years ago. She had incredible fortitude. My mom’s family, including my grandmother, escaped from Hungary during the revolution in 1956. They have this survival, powerful, soldier on through difficulty characteristic, that I have adopted.

Helene: So what was it like having a twin brother?

Alanis: There was a lot of humor, a lot of us finishing each other’s sentences, a lot of telepathy.

Alanis: His name is Wade.

Helene: And do you see him often?

Alanis: Yes–we’re building a home right near him.

Helene: Can you talk about the power of overcoming obstacles?

Alanis: Yes, tough circumstances catapult us into this higher level of resilience.

Helene: Exactly. And it’s never fun when it happens. How would you answer the question, what makes a strong woman?

Alanis: I would say the capacity, willingness and courage to feel all feelings, all the way through. I think the idea of us holding the bucket for each other to the point where we can process some of the anger and all of the emotions that we’re often told not to feel–I feel like that moves us to our next place.

Helene: After high school, you were very courageous.  How were you able to go after your career?

Alanis: Anything that I was terrified of, I had been trained from a young age, to move into it.

Helene: What would you tell your younger self that you know now?

Alanis: I would dive into the conversation about work addiction and how it affects our relationships and our bodies–that it’s an addiction like any other. Unfortunately it’s just a respectable addiction according to our culture. You tell someone you worked till 4:00 in the morning and they pat you on the back, rather than asking, ‘Are you okay?’ So I would take away the normalization of overwork for that young person. In my family and in the culture I grew up in, the message was that overworking was a good idea.

Helene: I deal with career women all over the world—we all need to step up but it’s not about stepping up, like you said, in an insane way.

Alanis: It’s not stepping up in order to adhere to the patriarchal or masculine agenda, it’s stepping up to our essential, authentic selves.

Helene: You’re so versatile, a singer, producer, actor–what are the things that you haven’t done that you really want to do?

Alanis: I’m writing a book right now, becoming an author. Hopefully, finishing by June. After that, I’m starting a record–I have about seven songs in my back pocket ready to go. As far as other goals, definitely blossoming my family god willing, over the next few years. And I think achieving some kind of structure that includes fun, of course, leaving a little room for flexibility.

Helene: We take ourselves so seriously–what fun things would you like to do more of?

Alanis: More dancing, more sun, more nature. And more silence, which is a tough thing to achieve with a three-year-old.

Helene: Can you get away Alanis? You know every once in a while just take a day for yourself?

Alanis: Yep, I can escape to a hotel, or even just escape with a blanket to the beach. Do I do that as often as I would like? Not yet, but I’m on my way

Helene: And how has you son changed your life?

Alanis: Many, many ways. I think one of the most healing experiences as his parent is bringing empathy to all his feeling so that he doesn’t have conflicted relationships with frustration, anger, joy, bliss–you know, whatever is moving through him at the moment. When I leave space for that, regardless of the anxiety it may bring up in myself and my husband, I notice that much of the time he moves through it.

Helene: What did your eating disorder teach you and how were you able to deal with it?

Alanis: To be honest, the recovery from the eating disorder has been an ongoing one, and the most current breakthrough for me has been around dancing again. It’s lifted my depression, I’m back in my body.

Alanis: Carole King and Etta James together like if they had a baby.