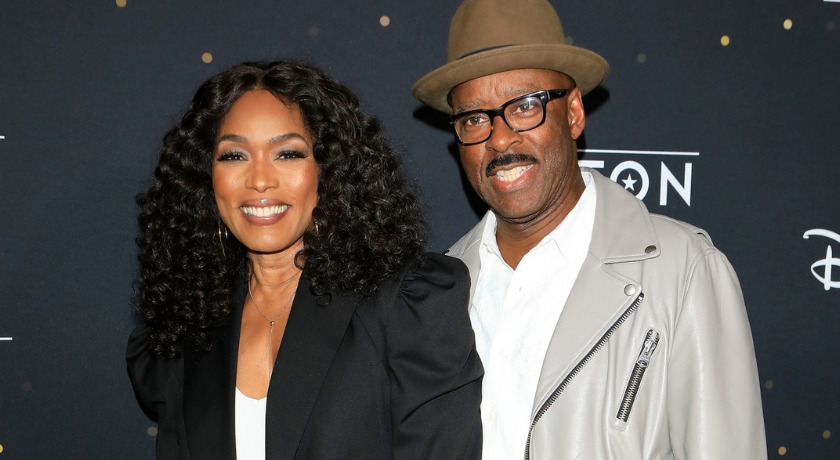 On Tuesday night, Angela Bassett won a Golden Globe for Best Supporting Actress in Any Motion Picture for her portrayal as Queen Ramonda in Black Panther: Wakanda Forever.

Among thanking her family and colleagues, she dedicated the award to her late co-star from the first Black Panther movie, Chadwick Boseman, who died of cancer back in 2020.

“He was just a source of great inspiration for all of us, and when he was not there in the physical, he most definitely was there in the spiritual,” Bassett said of Boseman during her speech. “He was with us, every single day. Even when it got difficult or hard or things sort of fell apart along the way, you knew that you couldn’t sit down. You couldn’t rest. You couldn’t give up because we had had an example set for us. So, I felt very proud to accept this award as his mother and colleague. He was the young man who escorted me many many years ago when I visited his college campus, and he reminded me of that. So I’m very proud.”

If you watched the Golden Globes on Tuesday night, particularly during Bassett’s speech, you were either moved by her words and gratitude, or by her husband Courtney B. Vance, who was recording her while she spoke with his smartphone.

Vance has historically been a very supportive partner to Bassett throughout their 25 year marriage. The couple first met in the early 1980s when they attended Yale University’s School of Drama. Although they met then, their paths diverted after graduation and wouldn’t cross again for nearly a decade, after Bassett had already made a name for herself in Hollywood with her roles in movies like Boyz n the Hood, Malcolm X, and What’s Love Got to Do with It where she portrayed Tina Turner.

Bassett has shown her appreciation for her husband’s support in the past. In 2018, she told People about how he managed to take care of day-to-day things without hesitation during times where her schedule was too chaotic.

“It’s not like I expect this, I expect that from you; Dinner on the table every day, or this, that and the other. I have to go sometimes. I can’t be there sometimes, and he steps in there. He’s right there.”

She continues, “It was like, ‘I’m trying to do this and I’m also trying to be Stella [for her role in How Stella Got Her Groove Back]. Okay, it’s a lot going on here and I need you to step in and help me out with this. He was like, ‘What?’ That’s all you have to do, is tell him to step in and he shows up for you…He steps up and steps in for you.”

Time and time again, Vance has praised his wife for her accomplishments. For the 2019 Emmys, Vance posted a photo of them before the show on Instagram, captioning it, “Blinded by my baby’s beauty! #emmys2019 here we come!”

He also shouted out Bassett on Instagram after she earned her second honorary doctorate, this time from Morehouse College in Atlanta, saying, “Celebrating my boo @im.angelabassett this weekend as she receives an honorary doctorate from @morehouse1867.”

On Tuesday night, Bassett became the first person to win a major acting award for any Marvel movie project, as a black woman, too, which makes it that much more special of a milestone. This was Bassett’s second Golden Globe, her first coming from her role as Tina Turner in What’s Love Got to Do with It in 1993.

Angela Bassett on Her ‘Passionate’ Marriage to Courtney B. Vance (people.com)