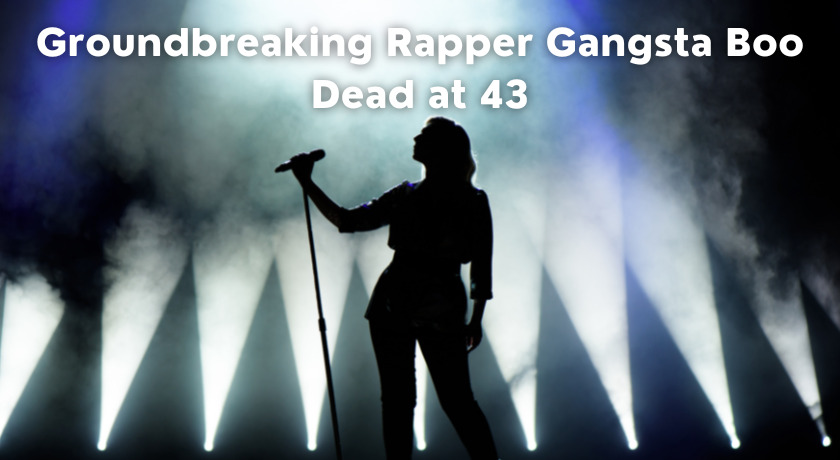 Gangsta Boo, born Lola Mitchell, has passed away at the age of 43. The Memphis native rose to fame early on in life for her impressive lyrical flow and signature cadence. (Photo above is representational and not actually of Gangsta Boo.)

Gangsta Boo’s talents surfaced while she was still a young girl. As a child, she often wrote poems for her father, who recognized her drive and abilities, gifting her a karaoke machine to work on her art. By the time she was 14-years-old, she was discovered at a talent show by DJ Paul, a founding member of the Three 6 Mafia, who requested her collaboration on a mix tape. A year later, she recorded on her debut studio album with the Three 6 Mafia, Mystic Stylez, which peaked on The Billboard 100 at 59 in the R&B/Hip-Hop category and is ranked 140 in Pitchfork’s list of “The Best Albums of the 1990s”. She recorded six albums with the Three 6 Mafia, including “When the Smoke Clears: Sixty 6, Sixty 1”, which is certified platinum.

In 1998, Gangsta Boo began a successful solo career, amicably exiting the Three 6 Mafia. In a 2001 interview with MTV, Boo stated, ““There’s no problem. Sometimes people grow apart, and basically that’s what it is. There’s no drama, no beef. It’s still the same. I just kind of grew apart, and I’m not doing things that they’re doing. I’m not cursing in my music no more. We just grew apart like a marriage.”

During her career, Gangsta Boo released three solo albums and was set to release her fourth, titled “The BooPrint”. She recently collaborated with Latto and GloRilla on “FTCU”.

Though still commonly referred to as Gangsta Boo—even on her own website—the artist restyled herself as Lady Boo in 2001, to better connect her work with her faith and values.