What Happens to Your Body When You're Turned on (Even to the Wrong People)? 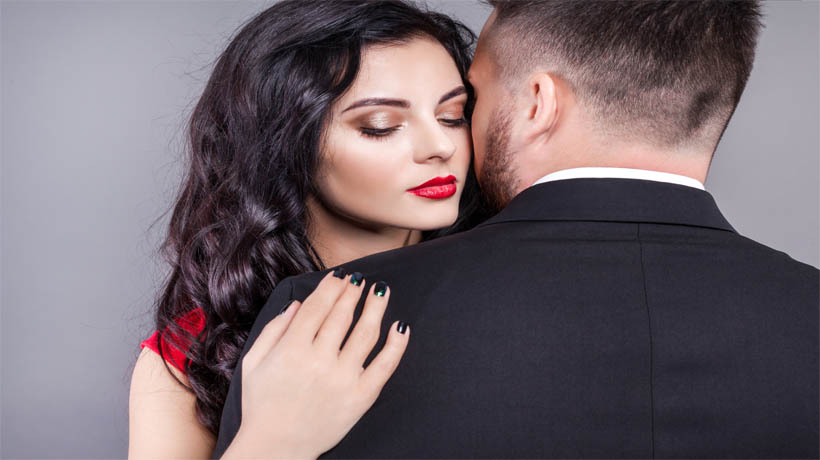 You lock eyes with the mysteriously gorgeous man across the room. You blush when he catches your stare. He smiles, and it’s like the rest of the people in that room have faded into the background at this point in time. This is attraction in its truest form. It’s easy to become “addicted” to that feeling – the one you get when a wave of butterflies rush through your stomach and all signals in your body tell you that ‘you gotta have them.’ But what are those “butterflies” really? And why do we sense this feeling even with the men who are no good for us?

Our brain releases and activates feel-good chemicals
Dopamine, aka the feel-good neurotransmitter, is involved in many different pathways and functions of the brain. One in particular being lust. It’s released whenever we experience something pleasurable, providing us with a bliss-like and giddy feeling. It also is our brain’s way of signaling feedback for predicted rewards, which can create habit-forming behaviors.

“Frustration attraction”
Just as much as our brain indulges in these feelings when they’re present, it craves them when they’re gone. So when we fall for a toxic person who is unable to return our love, our brain amplifies these feelings of love rather than pulling them back; this results in “frustration attraction.” The feeling is comparable to that of an addict waiting to get his next “fix.” It’s the back and forth cycle (intermittent reinforcement) that gets us addicted, and is why we tend to fall even harder for the wrong guys.

It’s all in the eyes
Studies show that pupil dilation is an accurate indicator of sexual orientation and arousal. When we take an interest in someone, our eyes suddenly become pools of black when they’re in sight. It’s almost as if we want to absorb as much information about our subject as possible. Studies have also shown that during courtship, the ‘gaze’ that’s exchanged between you and the object of your affection triggers a part of your brain that surfaces two emotions–approach or retreat. Do you engage further or do you look away, make a “displacement gesture” and continue to stare?

Love at first scent
Pheromones is a fancier way of describing one’s unique “smell.” It’s a type of scent-bearing chemical secreted in sweat and other bodily fluids. Just as pheromones are involved in the sexual attraction of the mating of animals, research shows that they play just as big a part in humans as well. It’s why you can’t get enough of that guy’s scent even though you can’t pinpoint exactly how it smells or why it lures you in. Studies have shown that men are able to even sense women who are fertile through their pheromones, making them more attractive.