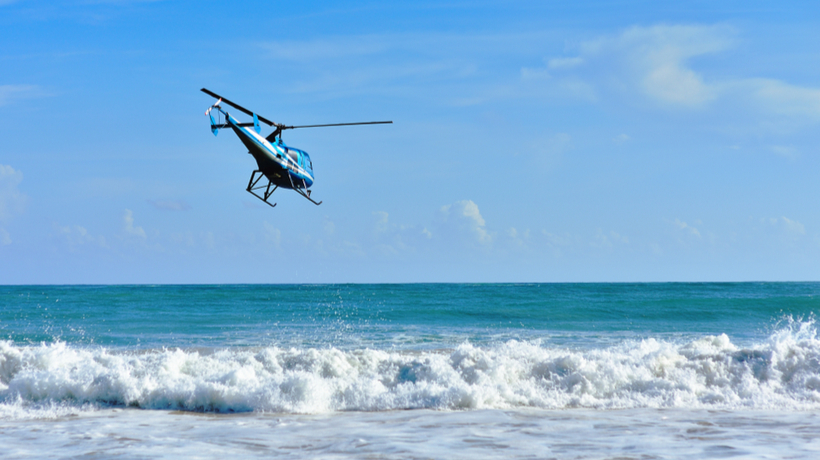 A mass-casualty event in Miami, Florida was “narrowly avoided” on Saturday when a helicopter crashed into the ocean near hundreds of people, reports PEOPLE.

Per a statement from the Miami Beach Police Department, all three of the helicopter’s passengers miraculously survived the crash. Two were transported to the nearby Jackson Memorial Hospital and are now in “stable condition,” while according to ABC News, the third passenger was able to walk away from the scene.

“This afternoon at 1:10 p.m., MBPD received a call of a helicopter crash in the ocean near 10 Street,” the MBPD announced. “Police and @MiamiBeachFire responded to the scene along with several partner agencies.”

Police shut down two blocks around the beach and the Federal Aviation Administration (FAA) was called to the scene to investigate. According to a statement from the FAA, the circumstances surrounding the crash are currently “unknown.”

Miami Beach Police shared a harrowing video of the moment the chopper hit the water on their official Twitter account.

Graham Howell, a beachgoer who witnessed the “very scary” crash, wrote on Twitter that it “seemed like the pilot was doing his best to avoid the folks in the water.”

The department reported that a second unidentified officer is in stable condition.