Head of Catalyst Speaks Out on Gender Inequality at Work 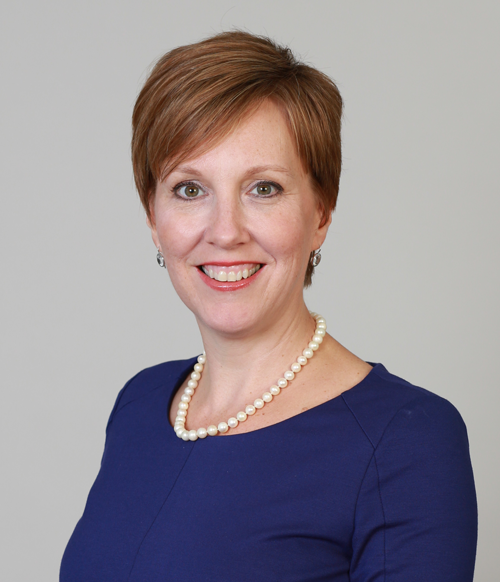 Growing up in a blue collar family in a Nova Scotia fishing village, Deborah Gillis was told that education was the key to new opportunities. Neither of her parents had graduated from high school and raising 5 children was often a struggle on their limited resources. But Deborah took their advice to heart—and was the first in the family to go to University. She took jobs cutting grass, washing dishes, and worked in a toilet paper factory to help pay for her education. Now she’s the president and CEO of Catalyst, the leading global nonprofit organization with a mission to expand opportunities for women and business.

Check out some of these highlights from Helene’s sit-down interview with Deborah.

Deborah: Catalyst research clearly shows that women support other women. In fact, they are more likely to mentor than men are. Yet the Queen Bee myth persists. I believe gender stereotypes come into play here. Women are expected to be nurturing, caring and supportive, and when they act outside those stereotypes they experience pushback or are held as examples of their entire gender. I challenge this Queen Bee myth, both based on research and my own experience.

Helene: If a woman is assertive, she’s labeled a bitch. That doesn’t happen to men. What do you think that is?

Deborah: Catalyst research shows there’s a dilemma for women in leadership—damned if you do, doomed if you don’t. Good leadership isn’t gender specific; we need to redefine what successful leadership characteristics are. Part of it is courage: being prepared to take some chances and being true to your own values. It’s particularly hard for women because they’re often faced with stereotypes that make it difficult for them to take tough positions, even if they know they’re the right ones. They have to stick to their principles. True leadership is not a function of authority but of behavior, and demonstrating the leadership behaviors that Catalyst research links to inclusion: Empowerment, Accountability, Courage and Humility.

Deborah: We need men standing alongside us. They also need to be champions and role models, and should call out behaviors that are discriminatory or sexist.

When women ask how they can help create change, I tell them to mentor a man. When a man is in that mentee role, it leads to a better understanding of what it’s like for women in business and his perspective changes.

Helene: Do women need to push themselves more?

Deborah: Pushing ourselves outside of our comfort zone can be a little risky, but those are the times when we have the opportunity to shine. So if your knees aren’t knocking a little bit, you’re probably in the wrong job. Everyday my knees shake and that’s a good thing.

Helene: What has always helped me take the next step was my desire to be of service. It was greater than my fear. Is that true for you?

Deborah: I was never interested in the next title or the next salary increase. I was motivated by what I could learn and contribute. Every career step was with that in mind.

I talk about this with young women who are often uncomfortable with self-promotion. I tell them that self-promotion needs to be done in a certain way. Talk to your boss about your accomplishments and how you can move organizational goals and priorities forward. Talk about how you can help your organization achieve its goal. We can make more women comfortable talking about their successes by framing it as being in service to a broader goal. 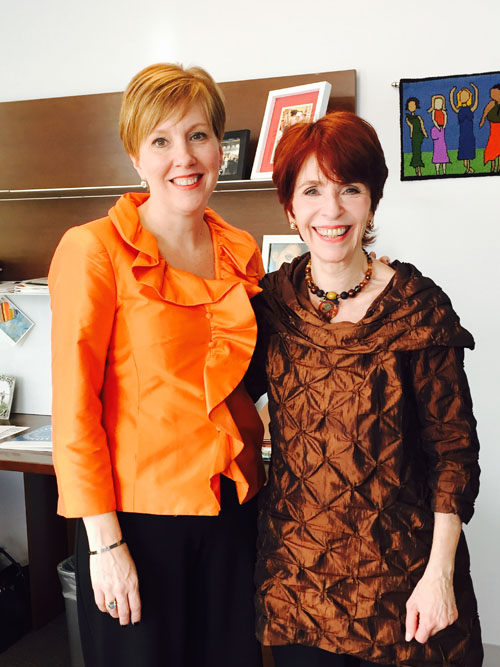 Helene: How do you see executive presence?

Deborah: I have some concerns about the words we use to describe leadership. They carry with them an implicit bias of what success looks like and what’s required to be successful. So often when someone says “executive presence,” they’re really thinking of a male leader (usually a tall white man) or about the way someone dresses, when they should be thinking about skills like poise under pressure and the ability to read the room, etc.

Helene: What do you want for girls around the world?

Deborah: I hope they don’t see any obstacles and are able to do whatever they want. How do we achieve this? By seeing more women in leadership positions in all industries and sectors. Whether it’s as the CEO of a Fortune 500 company or President of the United States—you can’t be what you can’t see.

Helene: What exciting research will you be doing in 2016?

Deborah: Our research agenda has two main focuses. One is finding ways to engage men in gender diversity. The second is researching the differences in experience of women and people of color in workplaces. We want to create more inclusive workplaces for everybody, not just for women.

Helene: Where do you see us in the next 50 years?

Deborah: We aspire for a world where gender equality is the norm and power is shared equally in the workplace and at home. That’s the world we want to see and I hope that it won’t take 50 years to achieve gender equality.