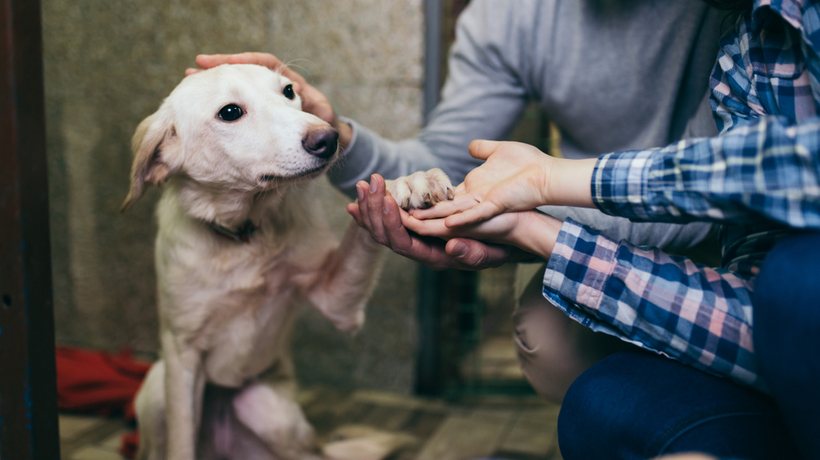 Featured image via Shutterstock and does not show Anastasiia Yalanskaya or her friends. Photo for representational purposes only.

After risking their lives to deliver food to hungry shelter dogs in the warzone just outside of Kyiv, Ukraine, three friends were shot and killed by Russian soldiers, according to Canada’s Global News.

PEOPLE reports that the dog shelter in Bucha had been without food for three days when Anastasiia Yalanskaya, 26, and her two friends made the trip to feed the pups on Friday afternoon.

Just after they made the delivery, a Russian military vehicle opened fire on the car at close range, killing all three friends, according to The Kyiv Independent.

“I asked her to be extra cautious. That nowadays, a mistake costs extremely much,” Yalanskaya’s husband, Yevhen Yalanskyi, told Global News.

“But she was helping everyone around,” Yalanskyi said. “I asked her to think of evacuation but she did not listen.”

Yalanskaya and her friends had almost reached one of the friends’ parents homes after their good deed when their car was struck by bullets, the father of one of her friends told The Kyiv Independent.

“The car was [obviously] civilian,” a friend of another victim told the Independent. “[She] was wearing a hat with a pom pom. They didn’t look like the military at all.”

The Independent reports that after gunfire ceased, the father ran to the car to find that everyone had been killed. He took the bodies to the basement of his home, where they remained for days due to the shelling happening all around.

The outlet claims that as of earlier this week, the three victims still hadn’t been buried. Global News wrote that they had not been able to confirm the manner of Yalanskaya’s death; despite numerous media reports of civilian deaths, Russia has denied targeting civilian sites.

“She was one of the best human beings I knew,” Yalanskaya’s husband, Yevhen Yalanskyi, told Global News. “She was committed to help, to help her friends and relatives and whoever needed help.”

Despite the pair being separated, they remained close.

“She was the best partner I ever had,” Yalanskyi said.

Another friend, Valeriia Gorska, told Global News that “the world should know that she’s a hero.”

“She believed in people,” Gorska said. “She was so strong. And she was never prouder to be Ukrainian.”