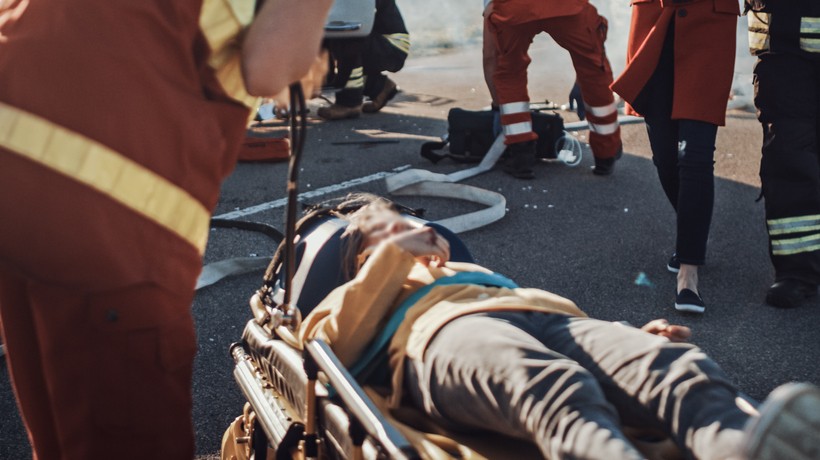 Featured image via Shutterstock and does not show victim. Photo for representational purposes only.

Trigger Warning: This story contains details of the Ukrainian crisis that may be disturbing to readers.

A 6-year-old Ukrainian girl has died after being fatally injured on Sunday during the Russian attack on Mariupol.

The Associated Press reports that after the devastating bombing, the unnamed child, who was clad in blood-covered unicorn pajama pants, was rushed to the hospital.

Her father, who was also injured in the attack, rode in the ambulance with his little girl as medical personnel pumped her chest and attempted to save her. The girl’s mother stood just outside the vehicle, sobbing.

A doctor on the scene told an AP journalist who was let inside the hospital, “Show this to Putin. The eyes of this child, and crying doctors.”

Tragically, despite the efforts of a team of doctors and nurses, the little girl passed away, her body left on a table in a hospital room. PEOPLE reports that her brightly-colored jacket, which was also splattered with blood, was draped over her lifeless body.

These heartbreaking vignettes serve as gut-wrenching reminders of war’s impact on innocent civilians.

Since Russia’s attack on Ukraine began with an invasion on February 24th, hundreds of people have been killed and wounded. Thousands more have fled their home country of Ukraine amid warnings of a possible “refugee crisis.”

For information on what you can do to help citizens of the Ukraine, click here.