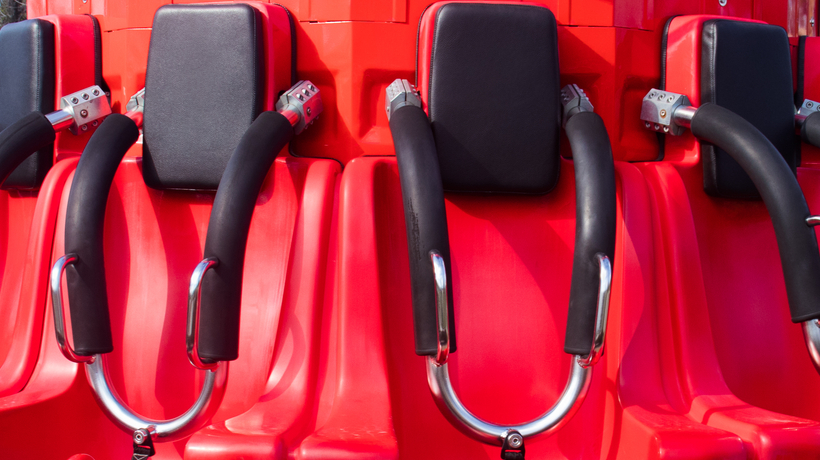 Featured image via Shutterstock and does not show Haunted Mine Drop ride. Photo for representational purposes only.

Five months after the tragic amusement ride death of 6-year-old Wongel Estifanos, the District Attorney has opted to not file charges against Glenwood Caverns Adventure Park in Colorado.

In October 2021, the family filed a wrongful death lawsuit a month after the investigation that found  she was not buckled into the Haunted Mine Drop attraction.

The report stated the accident “was the result of multiple operator errors,” and claimed Wongel was sitting on top of her two seat belts instead of wearing them.

He added, “my conclusion is strictly based upon the standard of evidentiary proof applicable in a criminal prosecution.”

The parents of Wongel have issued a statement after learning criminal charges are not being filed.

“Once again our daughter’s life has been treated as cheap and meaningless. First by the amusement park and now by the DA,” the family wrote.

In the official statement, the family claimed that no drug test was performed on the ride operators. The district attorney’s office told PEOPLE they have no information about employee drug tests.

“We want the full truth. We want justice for our daughter. We want to protect others. The criminal system failed our daughter,” Wongel’s parents wrote. “We will now go to civil court and prove it on our own.”

The founder of  Glenwood Caverns Adventure, Steve Beckley, issued a statement saying that the amusement park “continue[s] to offer our condolences to the Estifanos family.”

The trip to Colorado took place in September over Labor Day weekend, and was the family’s first trip together since the beginning of COVID-19, according to the lawsuit.

A report from the state of Colorado and Vesta Gators claimed that an alarm system alerted the ride workers of an issue, and prevented the operators from dispatching the ride.

The report said that the ride operators “took several incorrect actions and reset the ride seatbelt monitors which allowed them to dispatch the ride.” Wongel became separated from her seat during the drop, and fell to the bottom, investigators said.

A GoFundMe has been created for the family on the family’s behalf.