Heartburn vs. Heart Attack: How to Tell the Difference 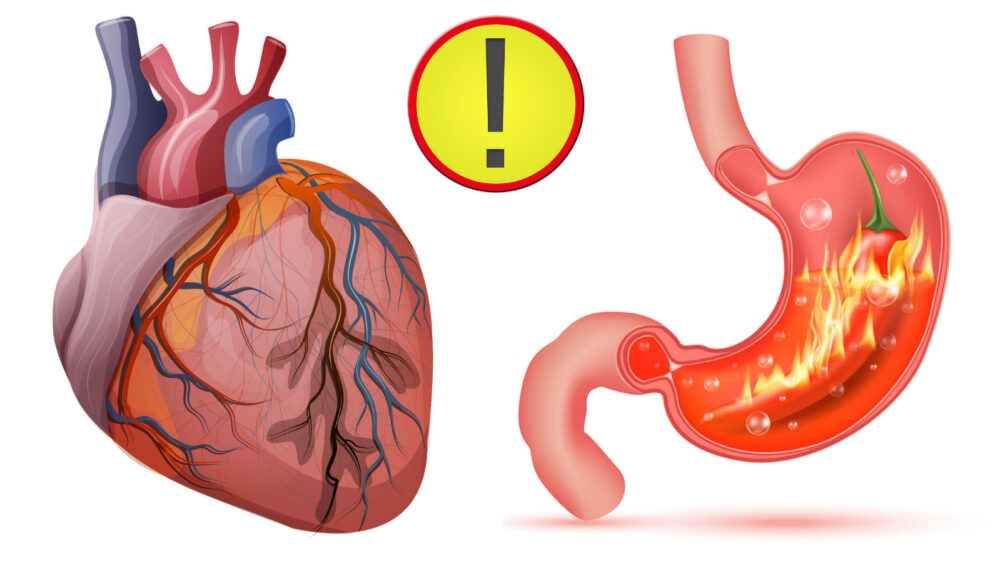 Heartburn and heart attack symptoms may overlap, though one is transient and benign, and the other can be deadly. Let’s say you just ate a big meal, and are now experiencing a pain in the middle of your chest. How can you tell if it’s heartburn, or a sign of something more serious?

Heartburn is one of the most common symptoms of gastroesophageal reflux disease (GERD.) It is often referred to as acid reflux. Acid reflux is caused by bubbles coming up from the stomach to the esophagus. This is what causes the painful, burning sensation in the middle of the chest.

A heart attack is often described as causing a feeling of tightness, construction, or pressure in the chest rather than a burning feeling. In the case of a heart attack, chest pain is usually caused by not enough blood flow to the heart.

Signs of a Heart Attack

According to Harvard Health, common symptoms that are likely to occur with a heart attack and not heartburn are:

What You Can Do:

Many people take daily, low doses of aspirin to lower their risk of heart attacks by preventing blood clots from forming. Doctors may prescribe clopidogrel (a more potent clot-preventing drug) to help with blood flow. However, as with many medications, there are risks.

“Aspirin can increase the risk of bleeding from the stomach and the intestines, both by directly irritating the stomach lining and by making existing areas of irritation more prone to bleeding,” said Dr. O’Donoghue, a cardiovascular specialist at Harvard-affiliated Brigham and Women’s Hospital.

People who suffer from heartburn often take proton-pump inhibitors (PPIs), which keeps heartburn-causing acid at bay. This type of drug can be bought over-the-counter or in the form of a prescription.

When to See A Doctor:

If you are experiencing chest pain and aren’t sure of the cause, call 911 or seek medical help. It’s easy to confuse heartburn and a heart attack. It is best to let a doctor rule out severe causes.