Henry Winkler and Stacey Weitzman: Over 40 Years of ‘Happy Days’ Together 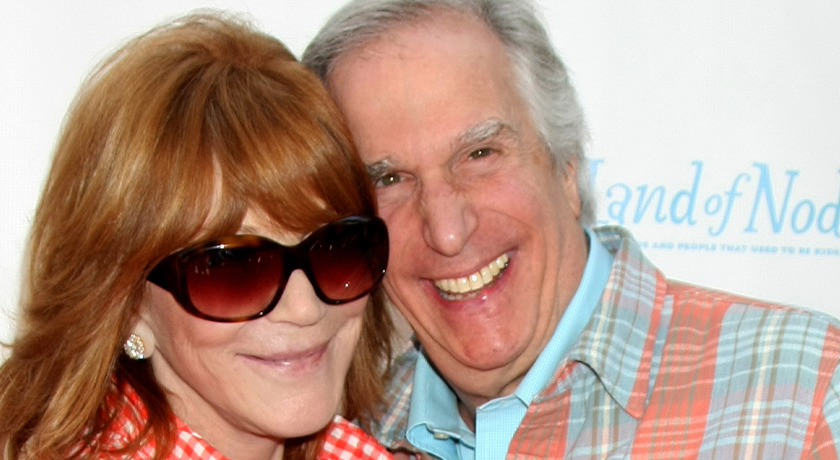 Henry Winkler, who played Fonzie on Happy Days, has been married to wife Stacey Weitzman for almost as long as he’s been a Hollywood star. Both Henry and Stacey talk about how they’ve stayed together for so long.

Winkler talked to People about when he first met Weitzman back in 1976, in the heyday of being The Fonz. Stacey was part of a PR firm whose clients included a clothing store in LA, to which Winkler visited to look for a new jacket and she happened to be there that day.

He recalls, “She was wearing purple parachute pants and she had red hair and without her even saying a word, I thought, ‘Woah, beautiful woman standing in front of me’.”

One thing led to another, and that would be the start of their 40-plus year relationship. Stacey wasted no time, moving in with Winkler only weeks later, accompanied by her son, Jed, who was 4 years old at the time. In 1978, they got married and would welcome two children, Max and Zoe, within the following 5 years.

In their seemingly crazy new life together, Henry and Stacey did their best to keep a stable household to raise their children. Henry continued acting after Happy Days ended and Stacey stayed home to take care of the kids. Henry, though, made sure he was still present for his family.

“We had dinner together every night,” Stacey told People. “If there was a PTA meeting, Henry went.”

Their daughter, Zoe, recalls her father’s presence during her childhood, as well, saying, “Dad took me to school every day of my life until I was 16 and got my license.” I hope they showed up every day on a Harley wearing leather jackets, in true Fonzie style.

A relationship lasts so long when each person accepts each other for who they are and wants to experience the changes they both go through, together. Stacey says, “The most wonderful thing is to really be able to grow with someone. We’re not the same people we were when we got married. But certain of the tenets you hold dear are still intact.”

The couple shares similar interests, which Henry says for them includes, “fly fishing together. We enjoy our grandchildren …” The couple has shared their affection for their grandchildren, Winkler saying, “We spoil them with love.”

As a concluding thought, I leave you with what Weitzman has said about the long-lasting relationship.

“It does take work. There are glitches in the road, and you get a little off kilter, but if you have the ability and the stick-to-itiveness based on love, then your friendship and your relationship only gets better.”

Here’s to 40 more years for the loving couple. Ayyyyyyy!