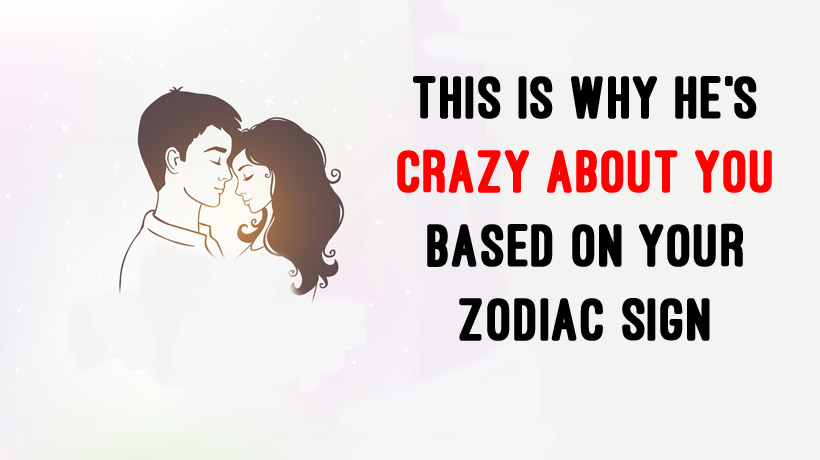 You may be seeing a guy who thinks you’re the best thing under the sun. Is he just buttering you up or is he seeing you for how you truly are? Find out.

Aquarius (January 20th-February 18th)
You march to the beat of your own drum. It’s the very reason why some men are drawn to you. Rather than finding this to be cold or aloof, he finds your independence and air of mystery intriguing. The less he gets from you, the more he wants.

Pisces (February 19th-March 20th)
You are soulfully deep, romantic and passionate about love and life – what’s not to admire about you? Your ability to go below the surface is what keeps his interest piqued and his heart open.

Aries (March 21st-April 19th)
When you’re in a relationship, you give it your all – just as you do with every experience in life. He loves the fact that you can completely devote yourself to him while still be willing to put your foot down when you sense any kind of disrespect.

Taurus (April 20th-May 20th)
Just because you crave stability doesn’t mean you’re boring – far from it! He gets this and adores how grounded you are when it comes to your needs. It encourages him to step up his game in areas of his own life.

Gemini (May 21st-June 20th)
Your unpredictable and wild zest for life keeps him on his toes, hanging onto your every word. It’s a refreshing change of pace in contrast to his daily routines. You inspire him to let loose and step outside of the box every once in awhile.

Cancer (June 21st-July 22nd)
You have a maternal essence about you, even in a romantic relationship. Under your spell, he feels soothed and nurtured – which is why he can’t get enough of you.

Leo (July 23rd-August 22nd)
Your heart is your secret weapon, Leo. And you’re never afraid to use it. The love and warmth you give to others is addictive, and the guy who is lucky to be with you is hooked. You love being in love. Plain and simple.

Virgo (August 23rd-September 22nd)
You’re the type of woman he’ll want to show off to the world – intelligent, smart and beautiful. But you’re never the type to boast about much, even with your relationships. Your sincerity and loyalty to him is communicated in more ways than one (and it’s nobody else’s business but your own).

Libra (September 23rd-October 22nd)
Love comes naturally to you. He is fascinated by your power to spot the best in the worst situations.

Scorpio (October 23rd-November 21st)
As one of the most passionate lovers in the zodiac, your partner is magnetized by your intense and exciting energy. He knows you won’t settle for anything less than the best, and he’s up for the challenge.

Sagittarius (November 22nd-December 21st)
You’re bold with a capital B. You won’t think twice before saying exactly what’s on your mind, even with your lover. He finds this incredibly sexy; it shows that you are self-assured and won’t beat around the bush.

Capricorn (December 22nd-January 19th)
You’re a fiercely ambitious go-getter who can also balance her family and love life at the same time. He loves the fact that you have big dreams for your future and can support him in fulfilling his own.