He's Just Using You (Pay Attention to These 6 Signs) 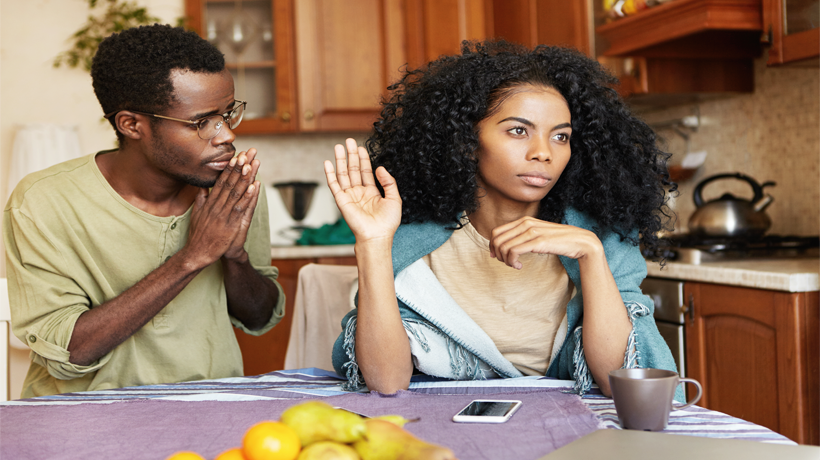 Every time we start dating someone new, we have the insecurity that they might not be with us for the right reasons. Hopefully, he’s a good guy and that insecurity goes away pretty quickly. But sometimes, it turns out that he’s just using us.

He won’t introduce you to his family
When you’re headed down a good path in your relationship, meeting his loved ones is an important stop on the road. If he has a good relationship with his family, then he should want you to meet them. But always avoiding the topic of “going home to meet the parents” means he probably doesn’t see much of a future with you.

He relies on you for money
“Hey babe, can I have some gas money so I can come see you?”
“Would you mind getting this check for dinner?”
“Can you give me some money so I can go buy us groceries?”
Do any of these questions sound familiar? If he is repeatedly asking for money and making it sound like it’s your fault if he can’t pay for something, he’s not with you for the right reasons.

He doesn’t ask how you’re feeling
Is he always whining about his own issues and never bothering to see what’s going on in your life? Solid relationships are emotionally interdependent. Both people lean on each other for support. Him not caring about your feelings signals that he doesn’t care that deeply about you.

He has poor communication
Does he always wait until the last minute to contact you about something? Does he keep his plans mostly to himself only to show up at random times? He shouldn’t keep yanking you around. If he were actually serious about you, he would be clear about his schedule and he would want you to know what he’s up to.

He doesn’t have a good reputation
Dating a guy who everybody warns you about almost always turns out the same way. I’ll give you a hint: it’s not good. Even if he seems nice to your face, you have no idea what he’s doing behind your back.

He never takes you out to places
He should be proud to be with you. When he always insists on staying private and keeping to yourselves, there’s probably a reason why he doesn’t want the world to know that you’re together. He should want all parts of a relationship, not just what happens behind closed doors.