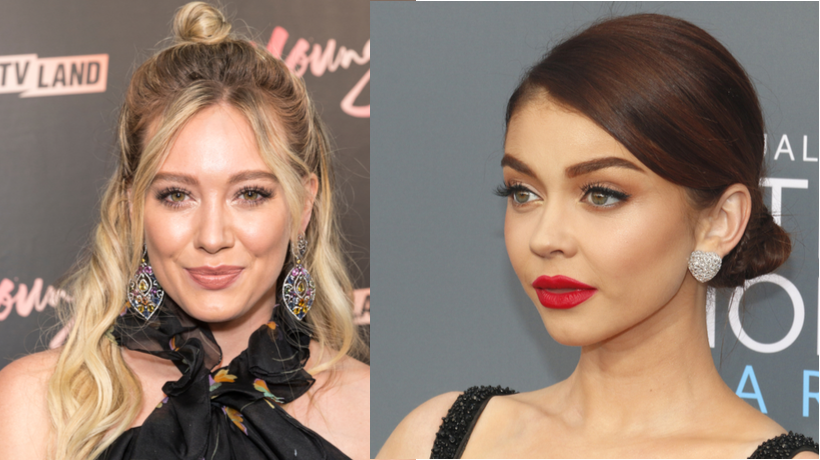 Menstruating and periods, in general, can be incredibly frustrating. Hilary Duff, Sarah Hyland, and Ashley Benson sit down and talk with Dr. Sherry on Lady Parts hosted by Sarah Hyland.

The actresses share stories of how they got their first period and their frustrations along with the monthly visit from Aunt Flo(w).

“I went to a Christian school growing up and so it wasn’t really explained the right way in my opinion,” said Ashley Benson, the Pretty Little Liars alum said. “I just kind of just learned from my older friends about everything and that’s who I asked questions to.”

Benson shared her experience with the menstrual cup. “It took me three hours. I tried it and I had to have my friend —  I was laying on my couch with my legs straight up in the air trying to pull it out and it would not come out. This was last year by the way. I was 29,” she laughs.

Sarah Hyland, the actress best known for her role in ABC’s Modern Family, asked why periods are considered so taboo in our modern world. Hilary Duff, American actress, businesswoman, singer-songwriter, and producer, without missing a beat, shot her hand up.

“I think it’s the way that our generation of parents and how they approached talking to us about it,” Duff said.

She then further explained that the idea of bleeding through a tampon or your underwear was ingrained in us to be the absolute worst thing that could happen to a young girl.

“I think it starts now with teaching your children how beautiful your period is and what comes with that later in life,” Duff said.

Hyland and Benson nodded along to Duff’s words, agreeing with what she had to say.

At this point, Dr. Sherry chimes in and emphasizes the importance of teaching children the correct terminology at a young age to build confidence (and less shame) later in life. She notes that using euphemisms such as “Aunt Flow” or “Sharks are circling” adds to the stigma of menstruation.

Duff recalls that she was taught that the main objective was to make the guy feel good.

“And that’s really a terrible mentality to go into, like starting to have sex with,” she said.

Hyland concurred. “That’s probably the biggest misconception that we all had as young women… This is much shorter than I thought it was going to be—the time.’ Every time. I was like, ‘They look like they’re doing it for hours on the television. I don’t understand.'”

After, Dr. Sherry continued to talk to the actresses about the benefits of safe sex.