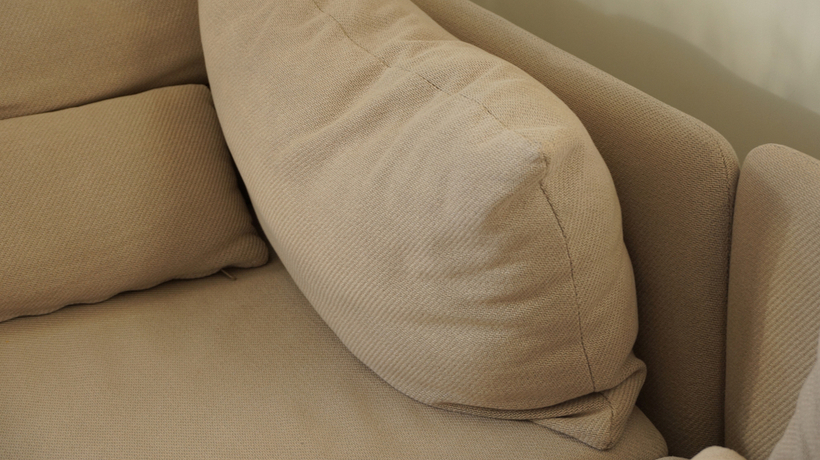 A Southern California man made a terrifying discovery when he looked in between his couch cushions one afternoon, only to find a massive snake hiding beneath.

Alex Trejo, the owner of So-Cal Rattlesnake Removal, responded to the call, and was tasked with uncovering  the enormous snake hiding in the couch in Chula Vista, San Diego.

“This guy calls me, he’s pretty frantic, and he’s like ‘There’s a snake in my couch,’” Trejo recalled.

While Trejo frequently gets calls like this, even he was surprised by what he found..

“I literally lift the cushion and there is this giant 7-foot Vietnamese blue beauty rat snake just coiled up right behind the cushion,” Trejo said.

“You would be more lucky to find a Rolex sitting on the ground than you would a snake like this.”

Vietnamese blue beauty rat snakes can grow up to 8-feet long, meaning this one was almost full grown.

Trejo says wrestling the snake wasn’t easy; this type of snake isn’t venomous but can be defensive. Video shows that the snake almost bit Trejo.

The homeowner said the snake didn’t belong to him. Trejo suspects it was most likely a pet that got loose and slithered into the home.

Trejo says these snakes are legal to own and thrive in tropical weather. The snake was outside a controlled climate for a few days and developed a respiratory infection.

Trejo reports that the snake is now being cared for by someone experienced with exotic snakes.

“I have a very good friend who deals with these exotic animals and he’s treating the snake right now,” “Trejo said. We really are keeping our fingers crossed hoping the snake makes it.”

As of Wednesday, the snake’s owner still hasn’t come forward.