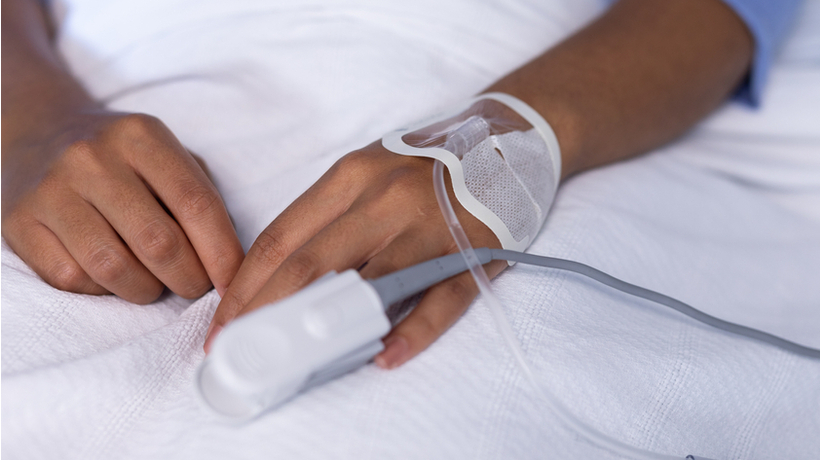 Featured image via Shutterstock and does not show Chantal Pierre-Louis. Photo for representational purposes only.

Chantal Pierre-Louis, 50, noticed she had a bad backache that made standing difficult for long periods of time. But it wasn’t until Pierre-Louis’ coworker recommended she go see a doctor for her thyroid when she lost her appetite, wondering if she perhaps had pica because she often ate ice.

At her visit, Pierre-Louis’s blood work indicated that something was wrong. At first, doctors put her on various treatments that didn’t work; after the failed treatments, she sought a second opinion.

“It was confirmed that it was definitely multiple myeloma,” Pierre-Louis says.

Multiple myeloma is a rare blood cancer that disproportionately affects Black people and is often diagnosed in the elderly.

Pierre-Louis’s mother also had multiple myeloma, and while it is not hereditary, people with a first-degree relative who has the disease have a higher chance of also being diagnosed.

“Chantal, her case is a very unique case in many ways,” Rodriquez explains. “She is a younger patient. Normally we diagnosed myeloma in people in their 60s and 70s.”

There are no screening tests for multiple myeloma, and blood tests can be unreliable.

“Multiple myeloma is a pretty insidious type of disease that gives very vague symptoms,” Rodriquez adds. “Most of the time the symptoms of somebody with myeloma consists of feeling tired, having bone pain, having back pain and having frequent infections.”

Most people are diagnosed later in life and don’t realize their bone and back pain is a sign of a serious condition.

“We have to bridge this gap between those who have access to all of these resources and those who have limitations whether it be geographical, socio economic, insurance or education,” says Rodriguez, who has a clinic in the community that works to provide care and enroll patients in clinical studies.

Since the clinic opened in December, they have seen a 50% increase in patients each month.

“We work as a team and we work to aid the local oncologists … if they do benefit from a clinical trial or more specialized care we are available to provide that here locally,” Rodriquez says.

When Pierre-Louis was diagnosed, her cancer had reached stage 2.

“I try not to look at it as a death sentence,” Pierre-Louis told TODAY. “I don’t want anyone to see me suffering. I don’t want to put my family through what my mother went through.”