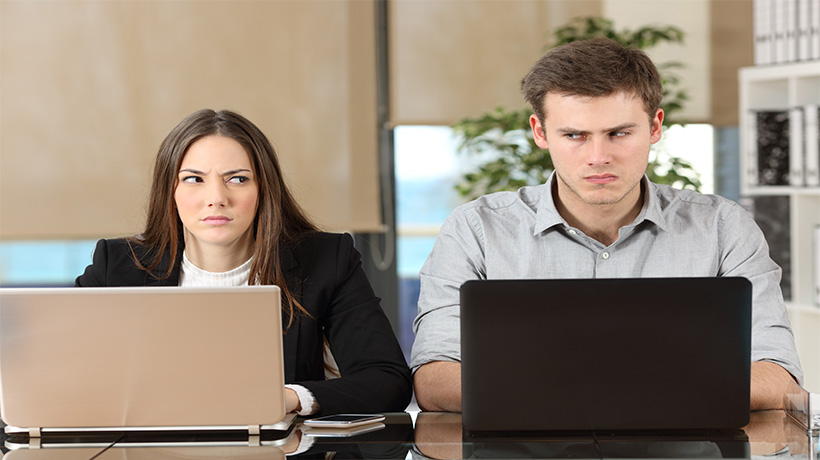 In an office full of many personalities, you’re bound to find some people who are just plain difficult to work with. If you have a coworker who is irritating and exasperating you, here are some ways to deal with them.

Loudmouths are always the first to jump in at meetings. They love the sound of their own voices and don’t wait for their turn to speak. They’re always shouting above the rest.

Busybodies always like to know what’s going on around the office, so they can have their say. Whether sticking their nose into your business, or fishing for gossip about coworkers, they have a comment about everything.

Negative Nancies drain the office environment. She’s the sort of person who hates her job or boss and wants everyone to know about it.

Stars of the Show try to steal the spotlight. At presentations they will hold the floor and introduce the group’s ideas as if they were originally theirs to impress your boss.

Dictators are dead set on doing things their way. This kind of controlling behavior can steamroll over others and make everyone feel like they have to comply.

Are you the Problem?

Am I… quick to criticize instead of giving people the benefit of the doubt?

Do I… respect the point of view of a coworker when it’s different from my own?

Would… others say I am a good listener and fair, or do I give off vibes that I don’t care?