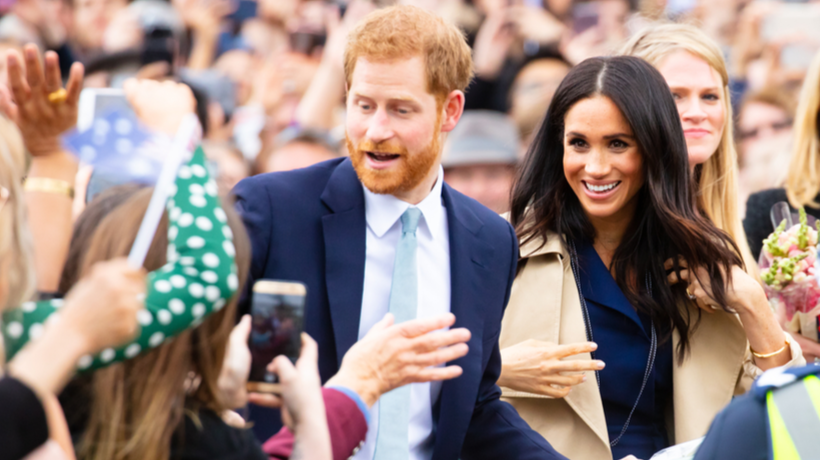 It’s only been a few weeks since moving to Los Angeles with baby Archie Harrison and the couple helped distribute meals for Project Angel Food, a non-profit charity that prepares and delivers healthy meals to feed people impacted by illness.

“Meghan and Harry were looking to be of service on Easter and Meghan was talking to her mother who told her Project Angel Food needs help. She said, ‘Yes, I would love to do it,'” said Project Angel Food’s executive director Richard Ayoub.

The couple contacted Project Angel Food and went in and received a tour of the kitchen. They also met the organization’s chefs and staff members. Richard Ayoub said, “They were very engaged with everyone they met and asked questions. They were completely down to earth and interested in helping our more vulnerable clients, people who have compromised immune systems who are the most prone to getting the Coronavirus.”

Harry and Meghan dropped off the grub at a low-income housing unit for disabled and special needs residents and then made a few stops inside the building.

Ayoub shared, “ I gave them the protocols in terms of masks, gloves and six feet of social distancing. So they went out and knocked on doorsteps wearing N95 masks and gloves,”

“They were pretty covered up so some of the people they delivered to may not have had any idea who they were. We did get one call yesterday from someone who said, ‘It just dawned on me. Was that who I think it was?'” This is understandable because they dressed so casual that they could have passed for your typical Postmate deliverer!

According to the footage released above it looks like the couple followed the safety protocols and weren’t taking any chances.

The couple delivered to six people in Burbank and Glendale, Calif., with each delivery consisting of seven days’ worth of frozen meals. Non-perishable items like canned goods and oatmeal were also included.

They liked it so much they asked the organization if they could come back and they did it again! They did 20 total deliveries with 14 in West Hollywood.

“They seemed very in love and very happy,” he shared. “I sure hope they come back.”