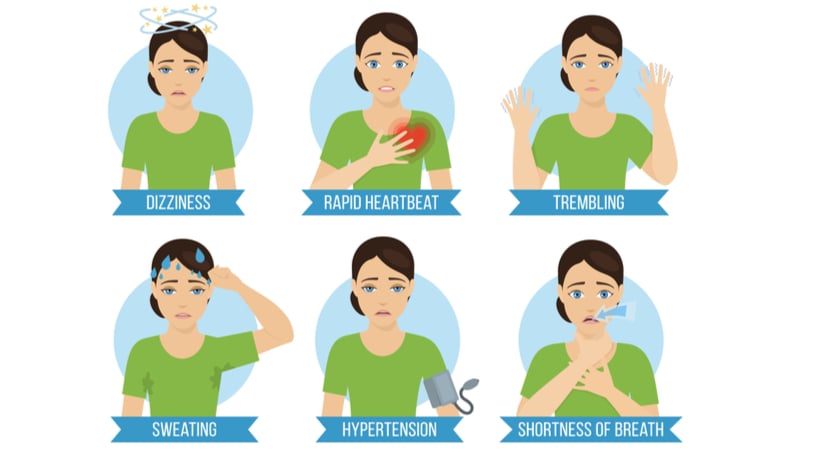 If you’ve ever experienced a panic attack, you know how frightening it can be. It can feel as if you’re about to take your last breath at any moment. To make matters worse, the way your body reacts to what is happening seems as if it’s something way deadlier than panic. With symptoms that some people describe being similar to a heart attack (like rapid heart rate), telling the difference between the two may be harder than you think according to William Muerer, M.D.

Here are a few ways to tell the difference between a panic attack and a heart attack:

According to the ADAA (Anxiety and Depression Association of America) panic attacks are characterized by sharp, stabbing pains in the middle of the chest while heart attacks give squeezing pain and pressure in the entire chest area. During a heart attack, pain may radiate outwards towards the arm, jaw, or shoulder blade. Panic attack symptoms like racing heart rate and tingling of the hands get better over time. However, symptoms of a heart attack like constant pain and shortness of breath can last for longer periods of time.

There is no definite way to know how long a panic attack will last, but symptoms usually resolve themselves in 20-30 minutes. With heart attacks, pain is continuous and can make you feel like it’ll never end. Pain caused by heart attacks also gets worse over time. The longer you wait, the more damage it can cause.

The onset of the attack is the best way to distinguish between the two. While both can have sudden onsets, the onset of a panic attack is usually caused by stress or anxiety. Long periods of stress on the body cause it to react. The onset of a heart attack follows some type of physical activity like climbing stairs, mowing the lawn, etc.

A complete list of symptoms for both panic attacks and heart attacks can be found below.