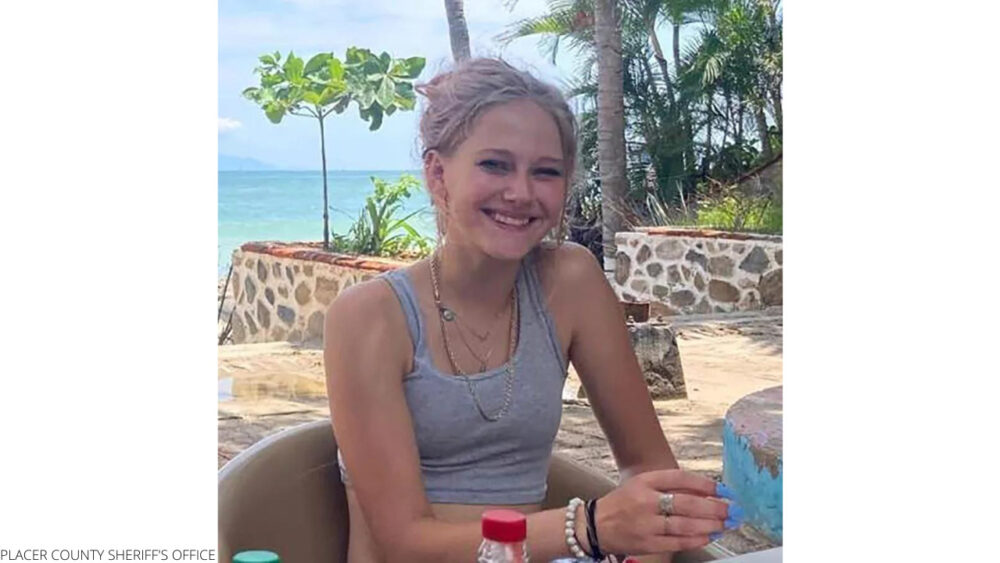 A vehicle and human remains were discovered by a group of volunteer divers near where 16-year-old California girl Kiely Rodni went missing in early August.

The volunteer group, known as Adventures With Purpose, shared the news on Facebook. They said the car was found upside down in the Prosser Reservoir below 14 feet of water. The reservoir is next to the Prosser Family Campground in Truckee, where Kiely was last seen at a party of “more than 100 juveniles and young adults.”

“The identity of the decedent has not been confirmed,” the sheriff’s office said. “This is a developing situation, and we will provide updates when we can.”

According to the New York Post, one diver said the vehicle’s license plate matched that of Kiely’s 2013 Honda CRV, which she was driving the night she went missing.

Another diver told NBC that the vehicle was found with sonar imaging technology 300 yards from where the teen was last seen.

“Police told us they did a rigorous search of this body of water,” diver Josh Cantu told the Post. “They gave us a grid map and made us confident we didn’t need to search here.”

Diver Nick Rinn told the outlet he found the car “within a few minutes” of diving 14 feet underwater.

“I went down and did my inspection. I saw the vehicle upside down, verified the license plate, and that there were remains in the vehicle,” Rinn said. “Then I came out, we called the family and authorities and let them take it from there.”

“Our sonar showed an object bigger than a rock that shouldn’t have been there,” Cantu added. “One of our divers went underwater and was able to identify a vehicle.”

Rinn told the Post that the reservoir’s water levels have receded since the police’s last search.

“Now the water has receded and we’re seeing the vehicle went farther into the water than maybe police thought,” Rinn continued. “When a vehicle goes in the water, it has air trapped in it for a while so it will float for a little ways before it fills with water and sinks.”

After her disappearance, Kiely’s phone was turned off. Investigators were unable to track down her vehicle.

Soon after she went missing, her mother, Lindsey Rodni-Nieman, shared a video on Facebook pleading to help bring her daughter home.

“We just want her home,” the grief-stricken mother said. “We are so scared and we miss her so much and we love her so much.”

Rodi-Nieman also shared the last texts between her and her daughter before she went missing.
“I told her to be safe and that I loved her. And she said, ‘OK, mom, I love you, too,’” Rodi-Nieman told ABC News. “She never came home.”