Jamie Foxx’s Upbringing Might Have Influenced his Stance on Marriage 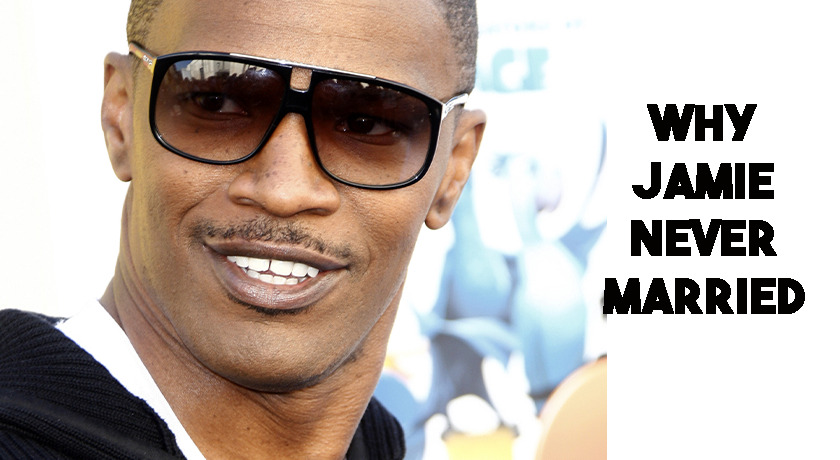 Jamie Foxx opens up about why marriage isn’t a route he sees himself taking, nor wanting to anytime soon. He’s the father to two daughters, Corinne, 28, and Annalise, 13, both of whom have different mothers. Although this may look like it could be a classic case of an estranged Hollywood parent, it seems that remaining unmarried has brought Jamie and his kids closer than you might think.

Foxx recalls friends and acquaintances whose marriages that didn’t work out as his daughters were growing up, saying, “A lot of those marriages ended up not doing well as the kids got older. Unfortunately, we saw the kids get fractured from their families.” He suggests that since he was normally the only one looking after them, that their relationship stayed strong. “Us, we actually came together more,” he continued. “So I don’t know what that is, I just know that it is different but it’s a whole lot of love.”

Foxx has always tried to be family-oriented, despite having a rocky relationship with his parents. Jamie was adopted and raised by his maternal grandparents after his own parents had abandoned him when he was seven months old. His grandmother, Estelle, played a huge role in his upbringing, although his mother would keep in contact with him still as he grew older. However, his father, Darrell Bishop, was not very involved in his life.

From a young age, Jamie recalls his father valuing religion over building his relationship with his own son, having converted to the Nation of Islam after Jamie was born. He says, “I couldn’t fault a man for what he believed the afterlife would be. But while he strove to prepare himself for the afterlife, I wondered why he couldn’t think more about being a father to his son here on earth.”

Jamie tried multiple times to reach out to his father to no avail. One time, though, Jamie remembers his father taking up his offer to visit him in LA, but he soon found out it was because Darrell was going to see an Islamic Minister who was speaking in the city.

As for Jamie’s mother, Louise, she remarried to a man named George Dixon, whom Jamie looked up to as a father figure. Jamie lovingly calls him “Pops” and invited him to move into Jamie’s house upon his release from prison, at which point he and Louise were divorced. George lived with Jamie for seven years before Louise came to live with them, as well, to which Jamie admitted he “was loving seeing them together, getting along”.

Jamie, in turn, used his relationship with his parents as fuel to strengthen his own with his daughters. He admitted there were some rough patches where he and his oldest daughter, Corinne, attended therapy to get through their troubles with one another. But it seemed that could’ve been the best thing to happen for their relationship, as it opened his eyes to things that he thought were making both of them happy, when they were only really helping his own happiness, saying, “I was so grateful she told me how she was feeling. I still had time to fix it.”

Now, Jamie and Corrine are closer than ever. They worked together on the Netflix series Dad, Stop Embarrassing Me!, as she jump starts her career in Hollywood as a writer and producer. His other daughter, Annalise, is only 13 years old, but Jamie says is “playing piano, she’s on the guitar, and she’s 5’10” at 13 years old!”, as he mentions she’s doing well playing basketball.

It’s clear that Jamie doesn’t let his stance on marriage get in the way of how he chooses to raise his children. And it seems to have worked out for them all, although marriage isn’t completely off the table for the movie star. He admits he’s not interested right now, but says, “maybe in a few decades when I’m in a wheelchair and need somebody to push me around and change my diaper.