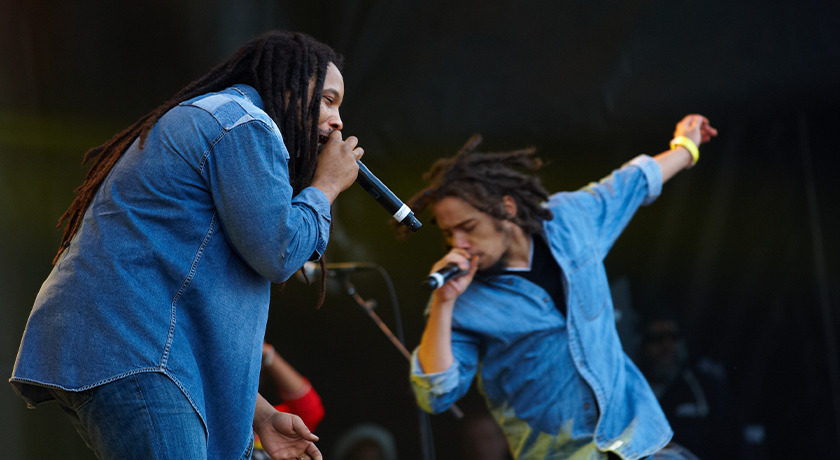 Jo Mersa Marley, son to Stephen and grandson to world famous reggae icon, Bob Marley, passed away on Tuesday. He was 31 years old.

Much like his musical family, Jo was a reggae artist. A Jamaican native, he moved to Miami at 11 years old, where he attended school and eventually studied studio engineering at Miami Dade College, according to People. Jo had a number of singles released, as well as an EP titled Eternal, which came out last year. His music is rooted in reggae styles and displays fusions with hip hop and ska.

According to Abka Fitz Henley, an award-winning journalist and broadcast host based in Kingston, Jamaica, Jo was found “unresponsive in a vehicle”. His cause of death has yet to be disclosed.

Jo spoke highly of his grandfather, Bob Marley. Although he never met him, Jo explains in an interview with Reggaeville that his family—including his father Stephen, his uncle Ziggy, and his aunt Cedella,—would constantly bring up stories about the late Rastifarian idol.

“Family-wise, you would hear memories from my father or from our uncles…” he said during the interview. “We always hear those reflections, speaking about those things, about the role that [Bob] played not only as family member and father, but also in the world and the impact he had on the Reggae community and the Reggae culture, the roots, bringing forward the message of Rastafari and love, over all love…”

Bob Marley passed away in 1981. His music is celebrated worldwide and stands as a symbol for peace and freedom. His 1977 album Exodus was named Album of the Century by Time Magazine, according to the BBC. Of his 11 children, probably the most well-known for their music are Damian and Ziggy, as well as Stephen, Jo’s father.

People have spoken out on how they feel about the passing of Jo, including Jamaican Prime Minister, Andrew Holness, who tweeted, “This is truly sad news; sending strength to the Marley family at this time.”

Shaggy, an American reggae music star known for his hit songs, “It Wasn’t Me” and “Boombastic”, also shared on Instagram his grief for the loss of Jo, writing, “So saddened by the news of the passing of this young king @jomersamarley sending prayers and condolences to the Marley family.”

Jo will be missed as a member of the reggae community, as well as a son, nephew, husband and father. He leaves behind a wife and daughter.

Our condolences go out to the Marley family in their time of grief.