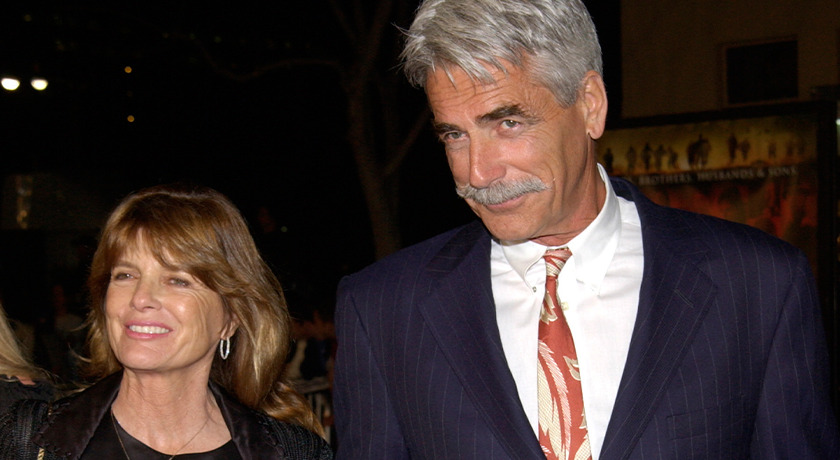 Hollywood romances seem to be destined to fail right from the start. Celebrity divorces and affairs litter tabloid headlines week in and week out. In the midst of all the drama,  the 38-year-long marriage between actor Sam Elliot and actress Katharine Ross has stood the test of time as one of the most prized Hollywood love stories.

Elliot and Ross first met on the set of The Legacy in 1978, although their first movie together came on the set of the 1969 Western flick, Butch Cassidy and the Sundance Kid. Ross played Etta Place, one of the leading roles in Butch Cassidy, while Elliot was merely “card player #2”.

While on the set of the 1969 film, Elliot says, “I didn’t dare try to talk to her then. She was the leading lady. I was a shadow on the wall, a glorified extra in a bar scene.” They began interacting while shooting The Legacy, as the two were opposite each other as leads.

At the time that they formally met, Ross was married to her fourth husband, actor Gaetano Lisi, whom she divorced only a year after meeting Elliot. The two would marry in 1984 and have been together ever since.

Ross, now 82, has starred in a number of movies, but is probably most known for her role as Elaine Robinson in the 1967 classic, The Graduate. After filming The Legacy, Ross and Elliot acted alongside each other in numerous films, including, The Shadow Riders (1982), Conagher (1991), and their most recent film together, The Hero (2017), which sees Elliot’s character, Lee Hayden, a retired Western music star who flips his life around after being diagnosed with cancer.

Elliot has seen many lead roles, normally in Western-type movies, as well as voice-over roles (thanks to that raspy, baritone voice!) which include the narrator from The Big Lebowski and even the voice for Smokey Bear, the forest-fire prevention mascot. Most recently, he stars in the Netflix series The Ranch and the Paramount+ original, 1883. The two remain busy in Hollywood and see no retirement in the near future, it appears.

The couple share a daughter, Cleo, who was born the same year they were married. As the family has stayed fairly close throughout the years, there was an incident about a decade ago involving Katharine filing a restraining order against her daughter. The two have appeared to have hashed out the issues, having appeared on the red carpet together at a number of events.

Seeing as though there were at least some issues in the Ross-Elliot household, Sam tells AARP Magazine, “We have a common sensibility, but we also work at being together. You work past the s–t; you don’t walk away from it. That’s how relationships last.” Clearly, the couple has been doing something right because lasting 38 years in a marriage, famous or not, is not easy. But the Hollywood lovebirds are committed to seeing it through.