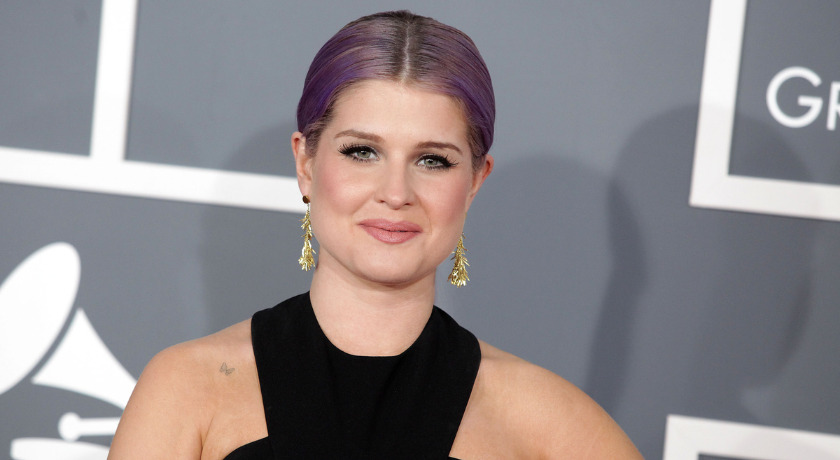 Kelly Osbourne and her heavy metal rocker DJ boyfriend, Sid Wilson, welcomed their first child late last year. Although they made their relationship public nearly a year ago, their friendship goes much further back.

Sid Wilson was a co-founder of heavy metal band Slipknot, who formed back in 1997. He’s also released records as a solo artist and DJ since 2010.

Wilson and Osbourne first met in 1999 when Slipknot was touring with Ozzfest, a music festival started by Kelly’s parents, Sharon and Ozzy Osbourne. Ozzfest has since been running nearly annually. They became friends then and have since remained extremely close.

Their friendship throughout the years had been something that wasn’t extremely publicized but it wasn’t until January of 2022 that we first saw the couple posing together where Kelly wished the musician a happy 45th birthday via an Instagram Story, the caption reading “Happy birthday baby”.

A month later, the couple officially made their relationship known with a Valentine’s Day Instagram post. The picture showed the two kissing with the caption reading, “After 23 years of friendship I can’t believe where we have ended up! You are my best friend, my soulmate and I am so deeply in love with you Sidney George Wilson.”

In May, Kelly shared that they were expecting their first child, also via Instagram.

“I know that I have been very quiet these past few months so I thought I would share with you all as to why…” the former Osbournes alum captioned a photo of her holding a sonogram of her baby. “I am over the moon to announce that I am going to be a Mumma. To say that I am happy does not quite cut it. I am ecstatic!”

A few days later, Kelly celebrated a year of sobriety, after relapsing in 2021.

Kelly kept private about the pregnancy until November where she posted on her story a black background with a caption, “Okay, here we go”, teasing followers that she was going into labor.

Kelly has since been quiet about both when the baby was born and what his name was (having revealed the gender in October). Sharon, however, revealed the baby’s name to be Sidney (named after his father) while on Britain’s The Talk, saying about the couple, “They’re doing just so great. So great. [Kelly] won’t let a picture go out of [the baby].”

Having revealed the news about the baby’s name, Kelly was upset with her mother, saying, “I am not ready to share him with the world. It is no one’s place but mine to share any information on my baby.”

Sharon and Ozzy have been through their own ups and downs throughout their relationship.

They first met in 1970 when Sharon’s father, Don Arden, was manager for Ozzy’s band Black Sabbath. Sharon became Ozzy’s manager nine years later after Ozzy was fired from the band and the two have been together ever since, welcoming 3 children, Aimee, Kelly, and Jack within three years of being married.

The couple saw their struggles time and time again, from Ozzy’s assault on Sharon in 1989, to splitting up for 2 months in 2016 because of Ozzy’s infidelity. In 2017, they renewed their vows, to which Ozzy said, “For me, this was actually our real wedding day. This is the one that I will remember.”

Sharon and Ozzy celebrated 40 years of marriage last July and have seemed to be happy again together. Sharon noted that the whole family has been spending “so much more time” together since Ozzy was diagnosed with Parkinson’s disease in 2020.