Is He Just Not Into You or Is He Emotionally Unavailable? (5 Subtle Signs) 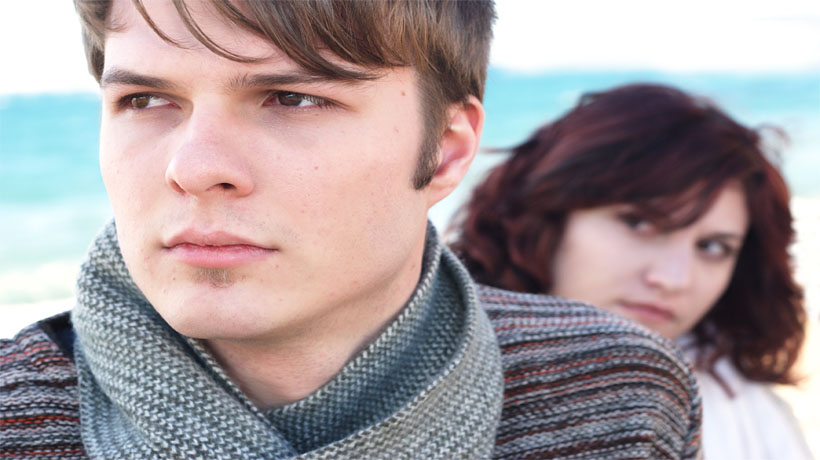 Generally speaking, guys aren’t as expressive or vocal about their feelings as women are, so naturally, it can feel like pulling teeth trying to get them to open up to you. Being emotionally unavailable, however, is another thing, and it doesn’t necessarily equal a lack of interest. An emotionally unavailable person may still desire the appeal of a committed relationship but may not be capable of connecting with others on a deeper level. Here’s how you’ll know if the guy you’re involved with only prefers to keep things surface-level.

He’s just plain rude
While it’s one thing to be kind to you, watch the way he treats others (especially when you’re out in public together). He may be the type to lose his cool over the way a waiter served his meal or a stranger bumped into him on the street. It may be indicative of his pent up anger that could potentially be unleashed onto you one day.

The eyes have it
Some conversations, though as awkward as they can be, are necessary to have in a relationship. If the guy you’re seeing is physically there but not quite there emotionally, his eyes are a clear indicator. The minute you decide to ask him probing questions or decide to delve deeper to discuss the future of your relationship, you can no longer hold his gaze; just a blank stare.

He “sucks at relationships”
In order to avoid having the talk about what’s really going on, he may resort to excuses that will leave you at a dead end. He may claim that he’s “not the relationship type” or that he’s “never been good at these things” whenever you express your concerns, rather than trying to alleviate them.

They aren’t always “touchy-feely”
They may feel like strictly sexual is key in order to keep the relationship ‘light’ but other intimate exchanges such as hugs or cuddling are out of the question.

Pure seduction
These guys are charming, and a little too charming. You know how they say that if something seems too good to be true, it probably isn’t? That person may as well have been describing most emotionally unavailable men. He may have lured you in initially by displaying a more vulnerable and sensitive side only to leave you high and dry once the relationship became serious.