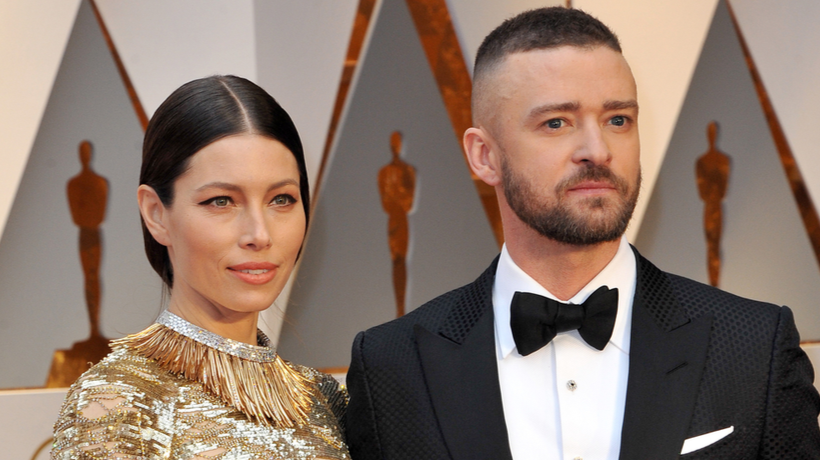 Justin Timberlake is opening up about welcoming a second child with wife Jessica Biel.

On Sunday, Jan. 17, Ellen DeGeneres shared a preview clip from her Jan. 18 interview with the 39-year-old pop star in which he offered the first-ever confirmation of the little one who arrived in 2020. The couple, who married in 2012 and share 5-year-old son Silas, had not revealed they were expecting.

“His name is Phineas, and he’s awesome and so cute, and nobody’s sleeping,” Justin told Ellen. “But we’re thrilled. We’re thrilled and couldn’t be happier. Very grateful.”

“Now listen, I’d completely forgotten this but you’re a dad again. You had another little child,” the Ellen DeGeneres Show host, 62, told Timberlake as they chatted via Zoom and she revealed she’d known about Biel’s secret pregnancy. “I think we were FaceTiming and you said, ‘Hey, do you want to know a secret?’ and then Jessica walked in and you put your hand on her stomach and you were like, ‘We’re having another baby!’”

“You’re one of the first people outside of the immediate family that we told,” Timberlake admitted of sharing the news with the comedian while they quarantined earlier last year during the coronavirus pandemic.

“I’d completely forgotten that because that’s how good of a secret-keeper I am,” Degeneres replied, asking the “Say Something” singer to tell her his baby’s name and “vaguely how old he is.”

The star said that Silas is thus far enjoying his new role as a big brother. “Silas is super excited,” the “Cry Me a River” performer continued. “Right now, he’s very much liking it. Phin can’t walk yet or chase him down, so I don’t know. We’ll see what happens.”

Justin’s former NSYNC bandmate, Lance Bass, had previously teased that he was sent plenty of photos from his pals of the latest addition to their family.

“The baby is cute, of course, it’s Justin and Jessica!” Lance joked to Entertainment Tonight, adding that JT would “kill” him if he let their baby name slip.