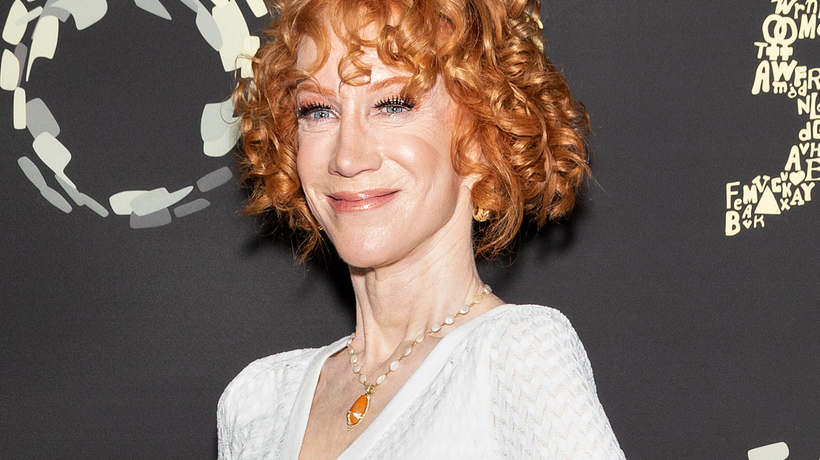 After a long road to recover after undergoing surgery for lung cancer last year, Kathy Griffin is back in action!

The 61-year-old comedian took to Twitter on Sunday to share a video of her first walk since the procedure, during which half of her left lung was removed after she was diagnosed with cancer over the summer.

In the clip, Griffin greets her fans while standing inside a home with her friend Jane Edith Wilson before announcing that she’s “a little nervous” about the trek. Together, Griffin and Wilson make their way around the home – then Griffin jokingly collapses onto a couch, exclaiming, “That was fantastic!”

In support of her friend, Wilson retweeted Griffin’s post and added a gushing message.

“For her first walk post cancer, surgery, et al, she ended up walking about three miles. @kathygriffin is the original badass,” she wrote.

The comedian’s latest milestone comes after she appeared on Jimmy Kimmel Live! In late November to announce that she’s officially cancer-free.

During her appearance on the show, Griffin opened up to Kimmel about the intense surgery that saved her life.

“I had surgery, you’re not going to believe this — so, I’ve never smoked but I got lung cancer,” she said. “In August, I had half of my left lung removed. I’m not even kidding.”

Since her diagnosis, Griffin has been open about her cancer battle, urging fans to use her story as a reminder to look after their own health.

“Stay up to date on your medical check ups,” she wrote on Instagram after her August surgery, adding that she felt optimistic despite the shocking news: “I’m gonna be just fine.”