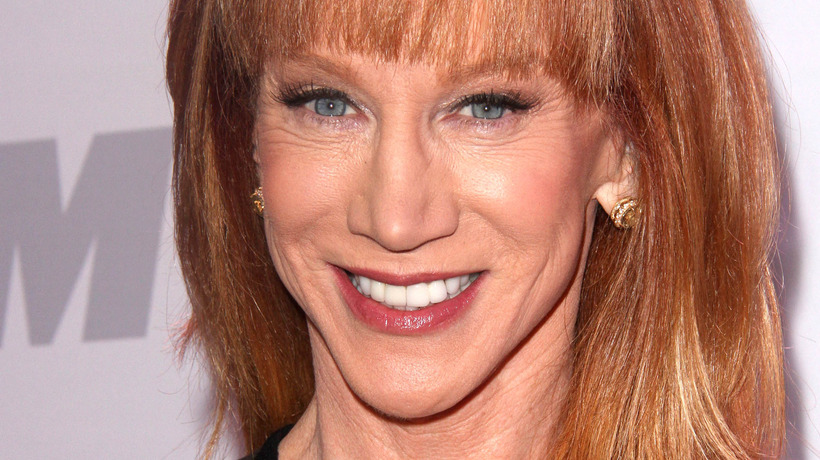 The 61-year-old comedian, who revealed her devastating stage 1 lung cancer diagnosis in August, announced to host Jimmy Kimmel that she is now officially cancer free.

The audience burst into applause for Griffin, who noted the change in her own voice since being intubated for the surgery.

“So now I’m like Minnie Mouse meets Marilyn Monroe,” she quipped. “It will heal, but I’m sort of enjoying it. I’m a good two octaves higher, I think. It’s higher than Mariah Carey, I know that.”

During her appearance on the show, Griffin opened up to Kimmel about the intense surgery that saved her life.

“I had surgery, you’re not going to believe this — so, I’ve never smoked but I got lung cancer,” she said. “In August, I had half of my left lung removed. I’m not even kidding.”

Griffin explained that the tumor had been in her body for ten years without her knowing. In true funny-woman fashion, she shared with the late night audience an anecdote about her pre-surgery doctor’s appointment.

“Here’s the thing: when you’re a comic, it’s horrible when the doctors want to do their material on you,” she said. “So I go in, and he’s describing how they take half your lung out, and he goes, ‘It’s kind of like a balloon. So we do it laparoscopically and we poke it.’ And then he goes, ‘And when we take it out, it kind of looks like a used condom.’ And then he goes, ‘You can use that.'”

Since her diagnosis, Griffin has been open about her cancer battle, urging fans to use her story as a reminder to look after their own health.

“Stay up to date on your medical check ups,” she wrote on Instagram after her August surgery, adding that she felt optimistic despite the shocking news: “I’m gonna be just fine.”

It helps that the comedian has a strong support system at home. After her surgery over the summer, she shared with fans that she was recovering at home with her four dogs, whom she lovingly referred to as her “board certified medical PAWfessional recovery pack.”