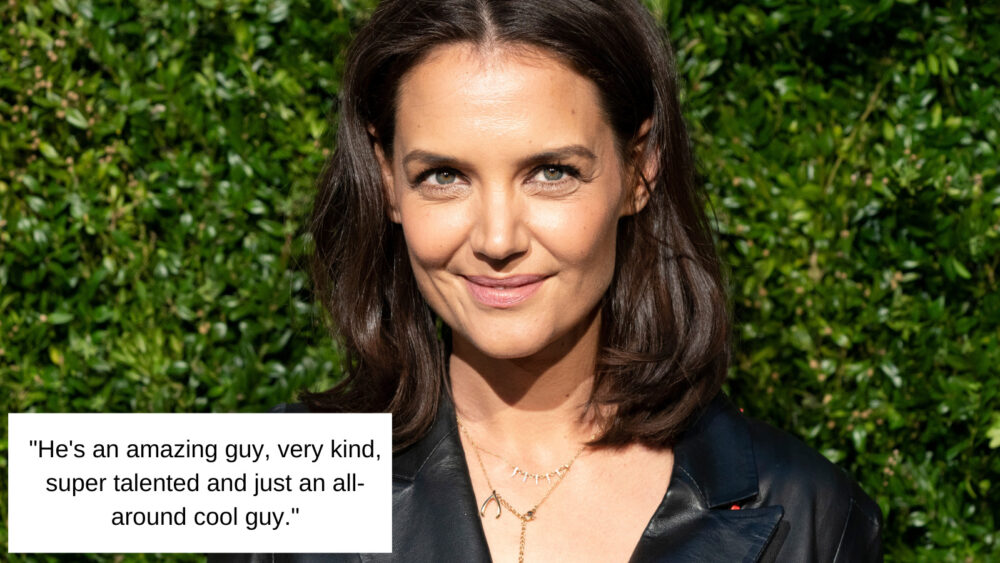 Katie Holmes and her boyfriend, Moulin Rouge! on Broadway bassist Bobby Wooten III, are becoming close, according to a source.

In this week’s issue of PEOPLE, the source reports that Wooten has been spending time with Holmes’ inner circle, including Suri — her 16-year-old daughter with ex-husband Tom Cruise.

“He is getting to know her family,” the insider said of Wooten III, who is also a composer. “Katie is having a great time with Bobby. He is very kind and happy. He makes her laugh.”

Sparks were first seen flying around the pair on April 28th, when Holmes, 43, and Wooten, 33, were spotted kissing and holding hands while on a walk in New York City’s Central Park, after which they rode the subway and visited the Guggenheim Museum.

It seemed at the time that Wooten III had already gotten Homes’ mother Kathy’s approval — per PEOPLE, she joined her daughter and her beau on the fun day out and was seen giving Wooten III a hug.

One month later, on May 26th, the pair made their red carpet debut at the Moth’s 25th Anniversary Gala at Spring Studios in New York City, where Wooten presented his collaborator (and former Talking Heads frontman) David Byrne with an award.

They added: “He’s a highly accomplished bassist and musician, and is as chill and brilliant and funny as they come.”