Keeping Secrets? New research shows which ones are the most damaging to mental health 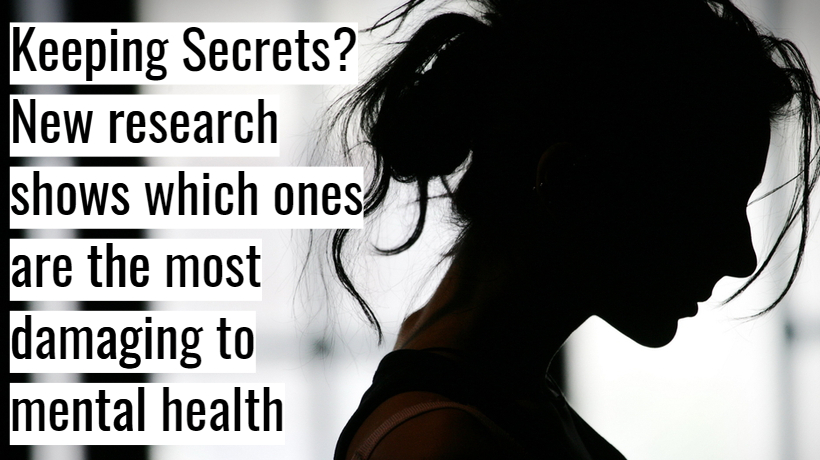 Even the smallest of secrets can eat away at us. Hiding that one family secret from your partner, or not telling your closest friend crucial information they should know about someone else can take unimaginable tolls on us over time. Despite our reasons for wanting to withhold them, choosing to not reveal a secret to even our closest friends can be an unhealthy way of hiding yourself from others. Concealing certain behaviors, memories, or pieces of information can us to feel overwhelmed with feelings of shame and embarrassment — sensations that we inflict on ourselves instead of “burdening” others.

Refusing to fester on an embarrassing or unbecoming moment is also a method of secret-keeping from yourself. By not processing or dealing with this moment, you may deny yourself of your own genuineness and authenticity.

97% of our population is currently holding a secret, estimated a new study from Michael Slepian of Colombia University and Alex Koch of the University of Chicago. So, while it is not uncommon to hold a secret, the estimate reassures us we are not alone.

The reassurance comes with a price though: secret-keeping has been noted to be quite damaging to one’s mental health. Secrecy has been linked to “lower subjective well-being, depression, anxiety, and poor health symptomology.”.

Based on previous research, Slepian and Koch propose that secrets can fall into three dimensions based on what they tell about the secret-teller:

Perhaps the most prominent feeling to accompany secret-keeping is shame. Slepian and Koch have defined shame as “a moral emotion that occurs when one appraises oneself as being someone who engaged in some harm”. Along with the researchers’ three dimensions of secrets, researchers identified shame to be a pivotal driver of alienation from the truth and self-isolation. Additionally, Koch and Slepian’s models support the idea that hiding secrets can lead us to exert more mental energy and stress, which can lead to exhaustion and a poorer self-image.

In some instances, secret keeping is not always negative. The ability to handle the secret on your own may be indicative of your ambitions and is telling of your character as a goal oriented individual. Overcoming the shame and additional harm brought on by a secret requires a great deal of mental exercise on the secret-keeper’s part. Framing the secret as something positive, one that can be beneficial to both the secret-keeper and those around them, can alleviate any harm of shame or guilt brought on by the secret.

Slepian and Koch recommend ‘self-interventions’ to relieve some of the weight. Repeating phrases to oneself like,“There is no harm in having this secret” and “This secret protects someone I know” are good examples. The study found that participants who routinely practiced these personal interventions overall improved their wellbeing and even helped bring them closer to their partner. Identifying the harm of secret keeping and its effects can potentially counteract any damage done to yourself, and to those closest to you.