Life After Linda: The Loves of Paul McCartney 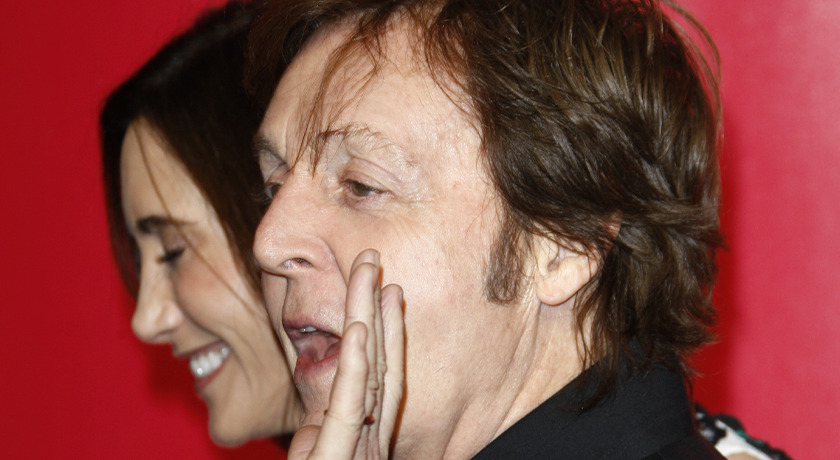 Life After Linda: The Loves of Paul McCartney

Sir Paul McCartney, acclaimed singer-songwriter, bassist, and co-frontman of the Beatles, has experienced his share of love and loss from around the time of the legendary band’s break-up, back in 1970, until now. Now, 80 years old, Paul married three times and has fathered five children, one of which he adopted.

Paul and Linda first met in 1967 during a Georgie Fame concert and wouldn’t wait too long to get married as they tied the knot only two years later. The couple welcomed three children, Mary, Stella, and James, and Paul would adopt Linda’s daughter Heather. Following the band’s break-up, Paul and Linda escaped to Scotland for a few months with Heather and Mary, where Paul would write music for his debut solo album Ram before moving back to London to record.

Paul embarked on a solo career in 1970 and also created his band Wings, which Linda also was a part of. The band survived nearly a decade. The two stayed happily married through it all until 1998 when Linda passed away at the age of 56.

Linda died of breast cancer, as did Paul’s mother. Paul revealed in an interview on BBC radio that he “cried for about a year on and off” following the death of his beloved wife. He went on to say, “You expect to see them walk in, this person you love, because you are so used to them.” Heartbroken and desperate for love, Paul was quick to marry again shortly after Linda’s passing.

Heather and Paul met in 1999, just a year after Linda had died, and they married each other in 2002. Their daughter, Beatrice, was born a year later and was no stranger to the media. The couple tried to keep their parenting lives private but suffered, “constant intrusion…” said Mills in 2008. She wanted to “protect the privacy of [their] child.”

They would officially divorce in 2008 after finding it “increasingly difficult to maintain a normal relationship” under the constant pressure of the media and their then 5 year old daughter.

Paul and Nancy were first spotted together in November of 2007 walking along the beach in the Hamptons before McCartney and Mills had finalized their divorce. Before their marriage in 2011, the two had no problem being seen together in public as they spent much of their time traveling and attending public events such as concerts and even his daughter Stella’s fashion show in Paris in October of 2008. It wasn’t until November of that same year that both Paul and Nancy publicly declared their relationship official with Paul telling the Sunday Times, “I just like being in love.”

Upon approval of his children and after five years of dating, Paul and Nancy married on October 9, 2011, which also would have been the 71st birthday of late longtime friend and bandmate of Paul’s, John Lennon, in which Paul gave a toast in his memory during their wedding reception.

They remain happily married to this day, with the latest update on their relationship coming from Paul’s Instagram post of a picture of Nancy on Valentine’s Day this year, the caption reading, “Swing and sway on Valentine’s Day”.

Paul remains close with the Eastman family, having recently shared another post on Instagram honoring Linda’s late brother, John, who died this past August. The picture shows both Paul and John standing beside one another doing yoga poses, telling me that they’ve stayed close beyond the years of his and Linda’s marriage.