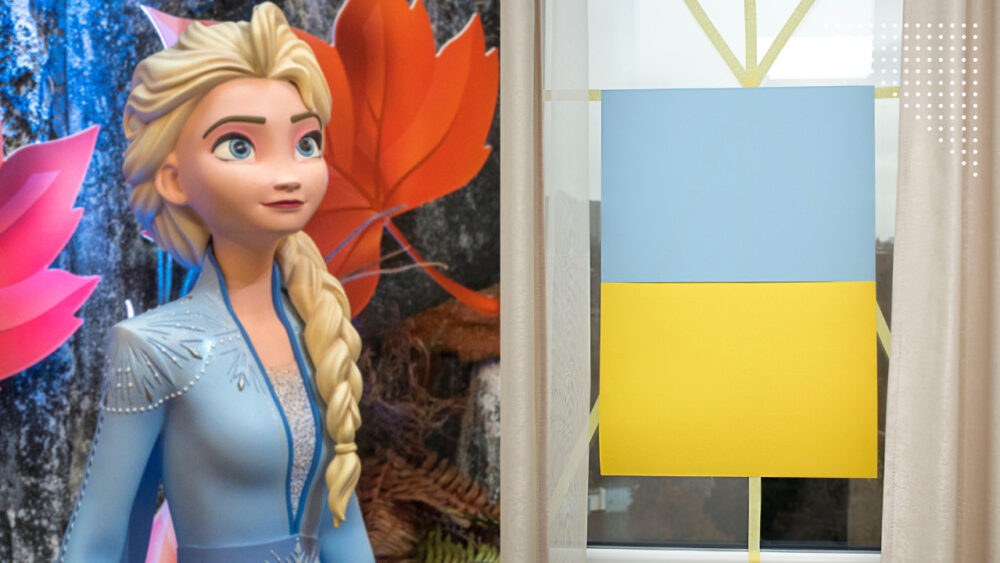 A video of a little girl singing ‘Let It Go’ from Disney’s Frozen in a Ukraine bomb shelter went viral this past weekend.

The video begins with a young girl standing in front of a crowd. As she starts to sing ‘Let It Go,’ everyone falls quiet. Some take their phones out to record.

When the child is finished with her performance, she is instantly met with applause. So far, the video has been viewed over 13 million times.

According to CNN, the video took place in a shelter in the capital of Ukraine, Kyiv. CNN identified the young girl in the video as Amelia.

The performance caught the attention of many, including Idina Menzel, who sang the song as Elsa in the movie. Menzel reposted the footage to Twitter and wrote “We see you. We really, really see you.”

The video also touched  Kristen Anderson-Lopez, the co-writer of the music for Frozen. She shared the clip on Twitter, including an open letter to Amelia.

“Dear Little Girl with the beautiful voice,” she began. “My husband and I wrote this song as part of a story about healing a family in pain. The way you sing it is like a magic trick that spreads the light in your heart and heals everyone who hears it. Keep singing! We are listening!”

Amelia is one of many who are sheltering from the conflict in Ukraine amongst Russia’s attack, which continues after the large-scale invasion launched on February 24th.

Ukrainian President Volodymyr Zelenskyy called for peace talks, all of which have been unsuccessful, while urging his country to fight back.

“Nobody is going to break us, we’re strong, we’re Ukrainians,” he told the European Union, adding, “life will win over death. And light will win over darkness.”