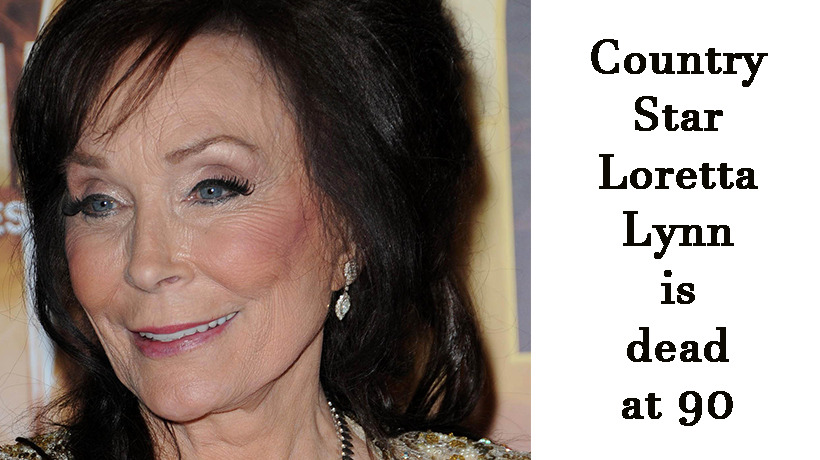 Country Music star Lorretta Lynn died at her home today in Tennessee. An article on CNN.com said the family released a statement:

“Our precious mom, Loretta Lynn, passed away peacefully this morning, October 4th, in her sleep at home in her beloved ranch in Hurricane Mills,” the statement read.

Loretta singing and songwriting career span the decades. She broke through barriers that forged the way for others in her profession.

As the CNN article goes on to say, she knew what poverty was, and had some terrible times married to a man who drank too much. But these experiences gave her rich material for her songs.

“So when I sing those country songs about women struggling to keep things going, you could say I’ve been there,” she wrote in her first memoir, “Coal Miner’s Daughter.” Her songs where feisty and from the heart. Songs like: “Fist City” and “You’re Lookin’ at Country.”

She garnered many awards in her career including three Grammys and honors from the Academy of Country Music.

She will be missed. Our prayers go out to her family.