Are You Loving Too Much? (He's Not That Interested) 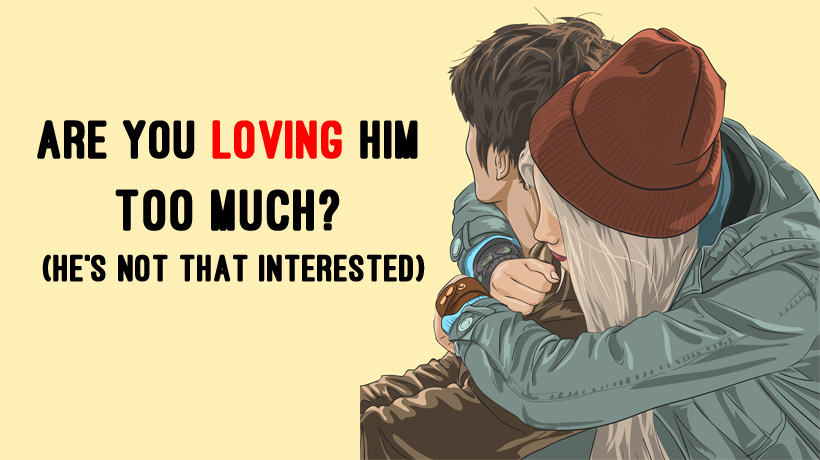 It’s easy to get wrapped up in a relationship – especially if you’re completely enamored with the other person. You may feel like he’s your “world.” However, if he exhibits any of the following signs, he might not reciprocate this feeling.

He doesn’t ask about your day
If he’s invested in your relationship, he will genuinely care about what you’re doing and how your day went. You know that you are always mindful about his feelings, but it seems like he never is. You’ll notice this because he won’t express any sort of interest in your life outside of the relationship.

He’s doesn’t initiate affection
It might feel like you’re the one who constantly goes in for the hug or kiss first, and it could be that he isn’t really interested (even if he does reciprocate). If you’re the only one reaching out, you may feel more attracted to him than he is to you.

He’s physically with you, but not mentally
When you’re alone together, it might seem like his mind is off in another place. The conversations that you two have are a bit one-sided, and the only reactions you can get from him are half-hearted grunts and mumbled “yeahs.” You look forward to seeing him all day but when you’re with him, he seems more attentive to whoever he’s texting than to the person who’s right in front of him.

He talks as if the relationship won’t ever progress
When you talk about your future, he’s a big part of it. However, you might notice that when he talks about his future, you seem to be missing. If he can easily envision a future without you while you can’t imagine one without him, he’s likely not as invested in the relationship as you are.

He doesn’t put in any effort
People argue in relationships, and contrary to popular belief, arguing can actually help strengthen the bond between two people. It’s healthy to work through your problems, to listen to your partner’s side and to work towards some sort of compromise. If you’re in a relationship with someone who sweeps arguments under the rug and moves on without talking about it, he may not be willing to fix things and move forward with you.