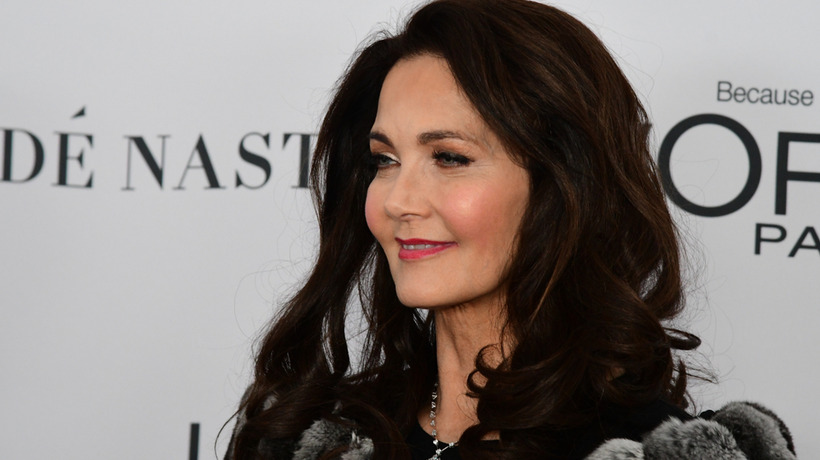 Wonder Woman actress Lynda Carter is opening up about the loss of her longtime spouse Richard Altman. The two were married for 37 years up until he passed away in February from myelofibrosis, a rare form of blood cancer.

“It still gets me,” the 70 year-old actress tearfully told PEOPLE. “I just can’t believe I’ve lost him.”

The pair originally met in 1982 after a dinner hosted by cosmetics company Maybelline. At the time, Carter was the face of the makeup company’s advertising campaigns, Altman an attorney for their parent company.

They both instantly had a connection. Carter was in the process of divorcing her first husband, Ron Samuel, so the sudden romantic chemistry she felt with Altman came at a bit of a tumultuous time.

“I was not prepared to meet anyone new,” she said.

But the chance meeting ended up being the beginning of a nearly four decade-long romance. Together, Carter and Altman had two kids: James Altman and Jessica Carter Altman. Through all the peaks and pitfalls of their marriage, the pair stayed together, supporting one another until Altman’s death this year.

“We’d been through ups and downs and ins and outs,” Carter said, “and I’d never in my life felt the love and the support and the thrill of having a guy like this.”

In 1982, Carter was at his side when Altman was accused of fraud (The charges were later dropped on all counts). And when Carter finally came to terms with her drinking problem, Altman was the one who encouraged her to seek help; 27 years later and still sober, she continues to thank him for his unwavering support.

“Robert supported me through admitting that. The only thing he wanted was for me to be healthy and happy and okay,” she said.

Years later, during the #MeToo movement, Altman was there next to her when she decided to come forward to share her own story from her early years in Hollywood.

“I still feel like I should have known better, but how could I know? This was a long time ago,” she said about the incident.

These days, Carter said that she’s trying to figure out who she will be in this next chapter of her life, without the companionship of Altman.

“It’s totally frightening. I don’t know who I am without Robert,” she said.

And yet, despite her fear of moving into this next phase of her life, Carter is already carving out a new life for herself through a number of upcoming projects. In the months since Altman’s death, Carter has turned to music as a way to cope and honor her late husband’s memory. This week, she is planning on releasing her new song Human and Divine, an ode to her marriage with Altman.

“It was a real romance,” she said about the song. “I was really trying to define love and loss and and make sure it was about the human-ness of love.”

Additionally, Carter is starring in a new indie movie, The Cleaner, alongside Shelley Long and Luke Wilson.

“It’s such a big freakin’ number, but it’s kinda fun,” she said, about turning 70 years old and still working. “I feel like the Rolling Stones. They’re in their 70s and they’re rolling towards their 80s!”